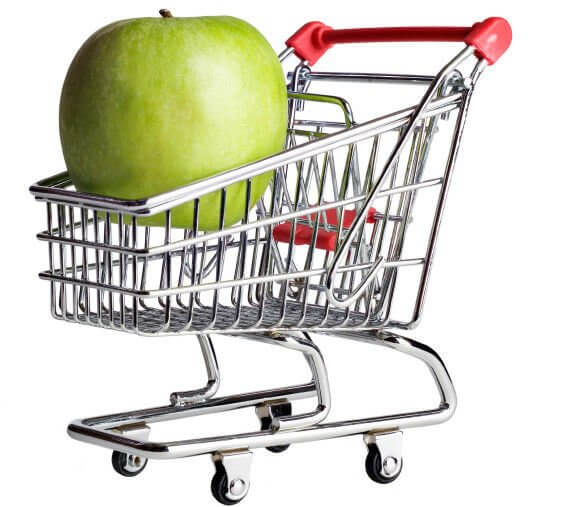 How Apple Pay Means More Money for Your App

Whether I want to or not, I’m always seeing the mobile industry’s news through a developer’s lens — thinking about how the latest news from Apple and Google, in particular, will affect my job and our clients.

Last week, I watched Apple’s big event with my economist husband. I paid close attention during the unveiling of the new iPhone 6 and the Apple Watch, envisioning new types of experiences we at ArcTouch might be able to deliver with each and every feature.

But sandwiched between the phones and the watch, Apple unveiled the thing that may matter most. It took my husband’s financial lens for me to realize it.

“We need to buy Apple stock,” he said, just moments after he saw the Apple Pay demo. He realized a first-time Uber user could reserve a vehicle with a simple click. No signup, no form. Boom. Transaction complete.

Sign up forms have been a necessary evil — and we at ArcTouch spend a lot of time designing and optimizing forms to make them as palatable to the user as possible (we’ve even blogged about it).

But let’s face it, no one likes the process of signing up for an app on a mobile device, especially if it involves a credit card. We’ve all had that experience of downloading then opening a new app — and then it prompts us for that credit card. It’s a hassle to pull it out from your wallet and enter all the information into your mobile device, and many people are hesitant to create “yet another account” with that information – so many just give up.

That hassle costs companies billions of dollars every year in abandonment. Business stakeholders for ecommerce and other online services are constantly trying to find ways to reduce abandonment rates on forms and in shopping carts.

Enter Apple Pay. It streamlines the process of signing up for any app because users won’t need to enter payment information. The app (with your permission) will be able to pull that information already in your phone — which means a shorter form OR no form at all. And each and every purchase could be as simple as a single click. Statistically, this reduced friction is virtually guaranteed to make users of any app more likely to pay and less likely to abandon. Which means ecommerce apps that support Apple Pay should make a lot more money.

How much? Let’s just say you’re an etailer with $10M in annual revenue from your mobile app, and you have a fairly typical cart abandonment rate of 65% (source: Baymard Institute). If a modest improvement in abandonment dropped it to 60%, that would mean an extra $1.4M in revenue each year.

For developers, there’s a different kind of gain. It should require a lot less time — and development budget — to deploy Apple Pay functionality into apps than to use a non-native commerce solution.  Apple Pay has the potential to do for mobile apps what Amazon 1-Click buying did for web sites. Amazon eventually allowed web developers to add payments to their sites with just a few lines of code.

There’s still much to be studied about the Apple Pay security, though. Paypal has launched a borderline smear campaign questioning just how secure Apple Pay will be. It even took out a full-page ad in the New York Times.

Assuming the largest technology company in the world can deliver a secure solution, Apple Pay should (in theory) reduce transaction fees for all of us.  None of the payment processors (including Chase, Cybersource, and TSYS) who are supporting Apple Pay have yet dropped their fees. Currently, they all charge 2.9% and 30 cents per transaction.

Frustratingly, many of these websites for current Apple Pay payment processors don’t provide pricing up front, making developers fill out a form or contact a reseller to request a quote. That seems ironic, considering the promise of Apple Pay is to streamline the commerce experience.

Paypal seems to be feeling threatened, and startups like Coin (still only available for pre-order) may have missed their window of opportunity. We’ll be watching the rollout of Apple Pay closely, but it looks like a win-win for consumers and businesses (and their app developers).

I still have a couple more questions I want to answer:

Do you think Apple Pay make a big difference for you or your business? We’d love to know what you think — comment below.