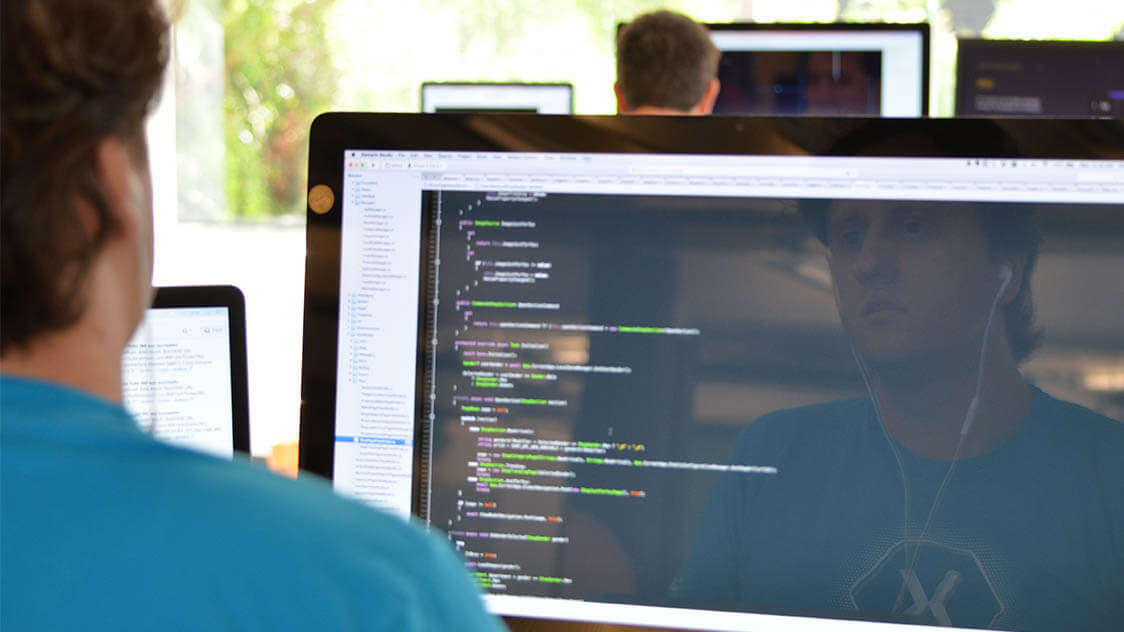 We’ve made no bones about it: We love Xamarin for cross-platform development, and our relationship to Xamarin cofounder Nat Friedman’s team and technology goes back many years. We applauded the acquisition of Xamarin by Microsoft in 2016. And this week, we’re over the moon with excitement about Microsoft’s acquisition of GitHub, which will be led by Friedman when the acquisition is finalized later this year.

Naturally, there are a whole lot of developers that are cynical about the move — and some that are spectacularly inflamed about it.

Reportedly GitHub’s competitor GitLab has seen a 10X increase in usage on the news of the acquisition, probably because of Microsoft’s checkered history in supporting open source.

But Microsoft has embraced open source in recent years under the leadership of Satya Nadella, who took the helm as Microsoft CEO in 2014. And GitHub, while its seeds were sowed in the open source community, is used for all types of development — from community-driven open source projects to proprietary, highly sensitive (and closed) projects. We at ArcTouch use (and love!) GitHub to store and manage code on most of our client projects.

And so, as many industry insiders are concluding, this acquisition is a good thing, especially in the enterprise.

What Microsoft + GitHub means for mobile in the enterprise

The biggest reason for our excitement is that mobile is still pretty immature in the enterprise. True, many companies have outfitted their employees with mobile devices and extended some off-the-shelf business applications to those devices — but that falls well short of truly mobilizing a workforce. What’s needed is more custom mobile development in the enterprise to help workers improve how they do their job. Even though employees are asking for more apps, most companies simply haven’t been able to build them. And even those that are, the apps are failing to deliver a great experience. (Our 2017 enterprise mobile research, Functional but Unfriendly, found that less than 20 percent of respondents described their work apps as delightful and only 13 percent described them as “elegant.”)

That’s because it’s really hard. Why? Enterprise IT teams can’t keep up with the demand. And because they have not been able to take an integrated, platform approach to mobile app development, they find themselves bogged down in a quagmire of app requests, handled through disconnected processes or systems by developers working in silos, using tools and techniques that aren’t integrated.

In the coming weeks, we’ll share more content about today’s mobile enterprise challenge — but the acquisition this week has the potential to obliterate some bottlenecks. Having GitHub under a Microsoft roof could streamline the process of building enterprise mobile apps — not on its own, of course, but as a crucial new piece to the already compelling Microsoft stack of technologies and services.

Imagining the Microsoft stack with GitHub

One of the biggest challenges in enterprise development is managing a technology stack comprised of services coming from different vendors — technologies that may not always play nicely together.

So picture yourself managing and enterprise mobile development team, tasked with building apps for employees to help them improve how they do their jobs. As a key tool for your DevOps process and team, imagine you use GitHub for your code repositories — so that anyone on your team can seamlessly plug into and add code, “fork” new branches, merge updates, etc. You use Visual Studio, and the Xamarin framework within it, to design and write the applications (using Microsoft’s C# language) for iOS and Android. And let’s not forget about the data that powers your apps — you choose Microsoft Azure. Not only for the cloud, but you deploy some Azure cognitive services to make your apps a little smarter. All of this comes from one trusted vendor: Microsoft.

Forgive me for sounding like a Microsoft rep here, but I went through the process of building a mobile center of excellence for oil energy leader Schlumberger. There was a lot of pain involved in creating a technology stack to support our needs. It is already a lot easier to do that today. And when Microsoft’s acquisition of GitHub is finalized later this year, it’ll be even easier.

Looking ahead to Microsoft GitHub

Now that it’s two days after the acquisition was announced, the Twitterverse has calmed a bit. Well-reasoned industry vets and developers alike are starting to see the how the marriage between Microsoft and GitHub just makes good sense. 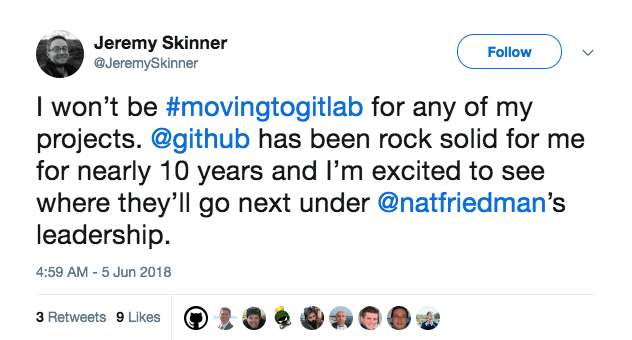 As a Slate article about the financial implications of the deal put it: “GitHub is not being bought for its revenues, but rather for the promise (a promise not everyone is convinced can be realized) that it will be able to turn Microsoft into an even more developer-friendly place than it already is.”

We believe it: The new Microsoft can and will be realized as a developer-friendly place — especially in the enterprise.