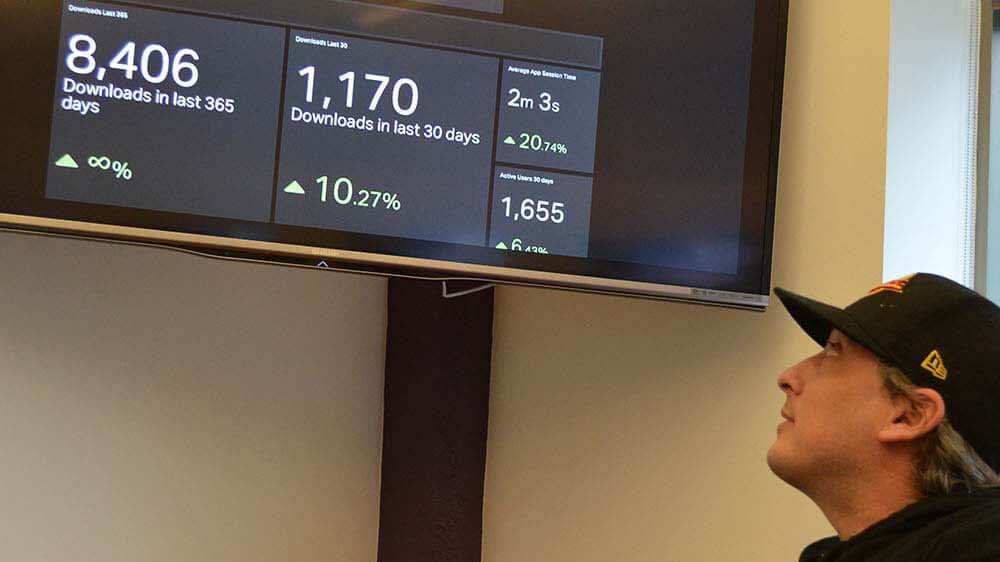 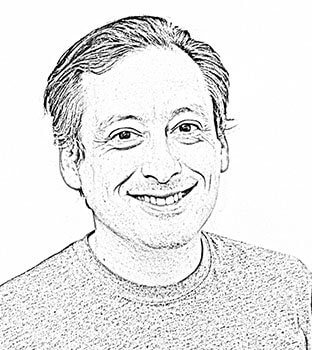 [Editor’s note: This is part of an ongoing series that highlights ArcTouch’s talented team members. Our staff are all “app makers” in the spirit of the maker movement — we crave getting our hands on the latest tech or finding creative solutions to our clients’ challenges.]

While sitting at his desk in his home office in Vancouver, Scott Michaels says there are easily 20 connected devices or more within sight at any given moment — and a bunch of other relics that “didn’t make the cut” are hidden away in a desk drawer. He jokes that by surrounding himself with so many “smart” devices, he wishes it would make him more intelligent by virtual osmosis.

The 44-year-old recently joined ArcTouch as client engagement manager — a position that requires intimate knowledge of the mobile landscape. It helps that he’s a gadget geek — and it also doesn’t hurt that he’s been working in mobile technology for nearly 20 years. Among his career highlights, he was part of a team that built the original New York Times app for the launch of the original iPhone App Store in 2008.

We sat down recently with Michaels to talk about his history, his new role and the fast-changing mobile landscape.

How (and when) did you start out in the mobile industry?

In 1996 I worked on a mobile messaging client. It was enterprise facing and of course severely limited because of the devices at the time. After that, things in mobile actually went quiet for a while — and I worked primarily in developing new applications for the Mac (desktop).

A year after Apple introduced the iPhone, it opened up the platform to developers with the introduction of the App Store. In 2008, I was lucky to be part of an advanced team chosen to build the New York Times app for the App Store launch. Even Steve Jobs was involved in providing feedback leading up to launch. From that point forward, my primary business was mobile.

Why did you come to ArcTouch?

As software applications — especially in the enterprise — become increasingly complex, you need a deep and diverse team to solve those problems yet deliver experiences that are simple and intuitive for end users. I believe that most of the great simple ideas now have been done — and that there’s not much more room for basic apps in a saturated marketplace. The next wave of truly successful mobile projects will be the ones that tackle really difficult problems. The team here has what it takes to do that, and I wanted to be a part of it.

As a newcomer to ArcTouch but having spent so much time in the mobile industry, what’s been the biggest surprise so far?

Despite the competition for talent being so high, ArcTouch has assembled a team of all “A player” engineers, designers and product people. You need to have a pretty amazing culture to attract and retain talent of this caliber.

You’re a “mentor” for startups with Techstars. Tell me how you work with startups in that capacity?

My role is to provide expertise in mobile, which for these teams is everything from understanding the rules put in place by the app stores — especially when some of these new ventures are decidedly in the gray areas of the guidelines — to helping make technology decisions, and finally the marketing tactics once the product is ready to go to market.

What do you think is the biggest mistake startups make when it comes to mobile?

The most common is the belief that a user base will just appear, all at once, to make the app feel alive with users (on a social product). Creating that user base takes quite a bit of planning — and in many cases, real money on acquisition campaigns. Without it, the app is a constant ghost town as users come, but say, “Hey, there is nobody here.” And they don’t come back. Of course, this is a continuous cycle if new users enter at the same rate as they abandon the app.

The root of the issue is the propensity for the startup founders to believe the idea is so good that the app would just spread virally, and quickly. They have poured heart, soul and countless hours into the creation of the app — but no one is tasked with objectively looking at the user acquisition process.

The IoT is everywhere right now, and a new wave of startups is emerging in connected devices. But what do you think the enterprise needs to consider about IoT over the next year or two?

One question that I always ask is, “Ok, so you deployed these things in your enterprise, whose job is it to replace the battery in the device? What’s the fallback position when it’s in a powered down state?” The underlying question really is, “How serious are you about supporting this initiative?” A press release that says it exists isn’t the end goal.

The other belief that I have is that the current state of affairs in IoT, with so many different devices needing their own hub on the network, can’t continue. Eventually, you will see larger companies providing a backbone for these services. This will hasten the adoption and churn of the current IoT device pool to new ones that can be updated via software, which will be key to the longevity of connected devices in the enterprise.

I’m curious, from your lens as a native and resident of Vancouver, what are some of the differences you see in tech culture between Vancouver and Silicon Valley?

Let’s not beat around the bush: It’s incredibly hard for startups to get financial backing in the very conservative venture climate of Canada. The bar for what the startup needs to already have (revenue, users) is so high that really, at that point, it’s almost just bridge financing rather than true venture capital.

On the pro side for Vancouver, the talent pool here is pretty amazing. If there was the same mentality about venture capital that exists in Silicon Valley, you would see many more tech success stories in Canada.