Twenty-three years ago, on a Sunday night in August 1993, I was on a mission. In my mind, failing in this mission was not an option. I had to — just had to — get my hands on the Apple Newton MessagePad. 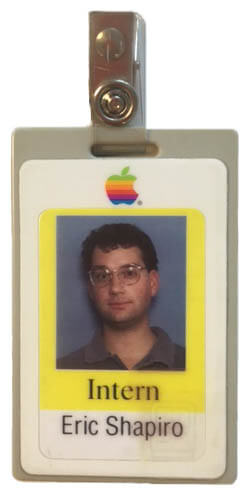 The Newton was scheduled to go on sale the following day, which was the opening day of MacWorld, held in Boston. It’s hard to explain my desire to be among the first to own it. Perhaps it was because I’ve always had mobile in my blood — even before “mobile” was really a thing. I’ve always been kind of a nerd when it came to being among the first to acquire new gadgets, but the fact that this new gizmo was so utterly portable somehow made my yearning stronger.

So, I walked into a nearby electronics store and threw down my credit card to make the purchase. The salesman at the time reminded me the Newton wasn’t going to be available until the next day. “But,” I argued, “if the Newton is going on sale tomorrow, you must already have stacks of them in the back room. And I’m ready to pay you right now for one. Why not just let me buy it?”

A few minutes later, I walked out the door with a smile, knowing that perhaps I was the first person in the world who had purchased a Newton. As it turns out, the Newton did a lot more for me than I expected. It wound up helping me get a job at Apple. And perhaps more importantly, it taught me something that became a foundation for how we create mobile and connected experiences here at ArcTouch.

A first of its kind product that did (too) many things

The failures of Newton are well documented. I think those failures could be distilled to two facts. First, the Newton represented a new product category — the personal digital assistant (PDA) — and no one really had a reference point for what to expect from it. Second, what made the Newton the first of its kind was that it could do so many things. Too many things.

The Newton promised to be a note taker, a fax machine, an email platform, a personal address book, a calculator, a task manager, a sales tool, and more. It also included a memory card slot so that the device could run additional software. The Newton’s handwriting recognition was its most highly anticipated feature because it was the first device to have this capability. But the unpredictable software became arguably its greatest failure — it even became the subject of the satirical Doonesbury comic strip:

And, of course, the Simpsons had their fun as well:

The wide feature set created a marketing challenge for Apple. I don’t believe the company itself knew what to make of the market nor who it should target. Engineers? Business users? Consumers? Based on the ads at the time, it seemed like Apple was most serious about targeting business users:

But the Newton’s product features certainly weren’t aligned on a single type of user. One example: the on-board calculator. When Newton was released, I was in business school and all my budding entrepreneurial colleagues had an HP financial calculator. But the calculator inside the Newton was instead a scientific calculator designed for engineers.

After a few months of tinkering with the Newton, I decided to share my opinion about its shortcomings by going right to the source: Apple itself. I went to an Apple Newton developer’s conference and tracked down a woman who worked in product management. I told her I thought the Newton’s business ads and the product feature set were out of sync — using the scientific calculator as the prime example. And I told her the Newton was trying to do too much.

She liked my initiative and offered me a summer internship in the Newton group at Apple’s headquarters in Cupertino, Calif. And that internship later led to a full-time job within the Mac product management group. The Newton got me a job, but it did something else even more important for me.

The most important (one) thing the Newton taught me

Tech historians often refer to the Newton as a device ahead of its time and a predecessor to the iPhone. In many ways, it’s true — Newton was ahead of its time. But the failure had more to do with the fact that the Newton didn’t have a single feature, like the actual phone feature of the iPhone, to help anchor it and make it something a broad audience would understand and desire. 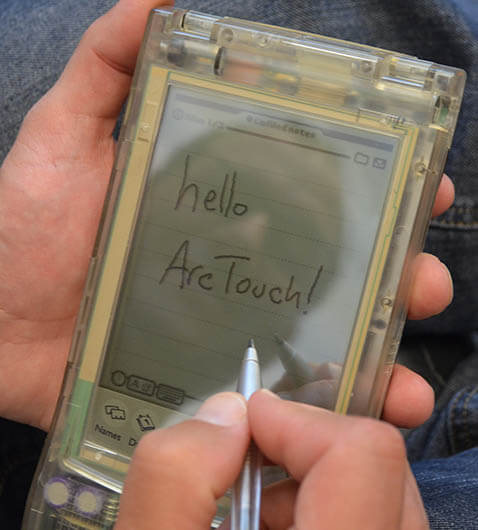 It’s hard to overstate the importance of having that kind of anchor and product focus. Find one thing and do it well. Rigorously, meticulously well. The Newton is the classic tech example of the Swiss Army Knife. It tried to do — and did do — a lot of things. And it did them all poorly. The Newton’s story may have turned out differently had Apple rallied around perfecting the note taking ability, and then focused the marketing on that capability and the related business problems it solved. Then the Newton could have evolved to add value for new users in different ways, ultimately becoming an indispensable product.

This learning is reflected in everything we do here at ArcTouch. We often talk about building steak knives and repeatedly advise our clients to avoid trying to do too much with the experiences we are helping them create. This is especially important for any first-generation application, or as we commonly use a term from lean thinking, the MVP (minimum viable product). Keep it simple, focus on solving a single problem, and get it to market quickly rather than bogging it down with secondary features. Whether it’s a mobile app, software for the connected home, or an Alexa skill, we always aim to do one thing better than anyone else.

When Steve Jobs introduced the iPhone, he followed this MVP approach perfectly. The iPhone was just three things: a phone, an iPod (something Apple already did better than anyone), and an Internet communicator (watch the introduction here). And it did those limited things better than any other product out there. It wasn’t until a year later that the functionality expanded with the next breakthrough, in the form of custom apps available through the App Store.

Almost like an annual holiday, I always reflect on the Newton this time of year. I recount the story with our ArcTouch team of how I was perhaps the first to purchase one. I talk about how the Newton helped get me a job and launch my career in mobile, and how I had a front row seat to watch one of our industry’s most notorious  learning experiences. But most importantly, I share the lesson that has served me, my business and our clients so well: Do one thing and do it exceptionally well.