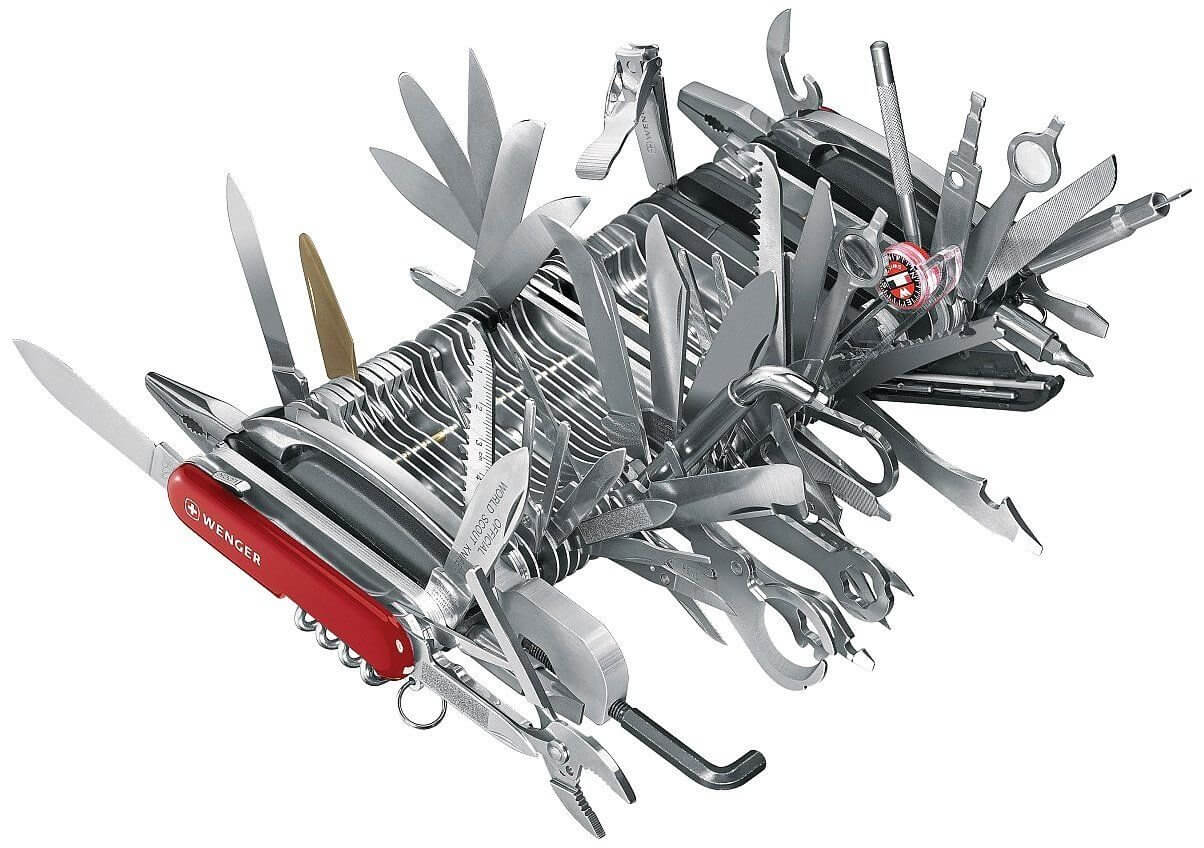 If your app isn’t a steak knife, it should be.

Of course, I mean this metaphorically, though if anyone could write code that would slice through a porterhouse like butter, it would be one of our ArcTouch engineers.

A steak knife is great at one thing — cutting steak. Being a meat-eater, I use steak knives often. And most importantly, though it may sound crazy, the experience of using a steak knife to slice through a thick cut of beef is much more enjoyable than trying to hack through it with anything else.

About once a year, I go camping and use a Swiss Army Knife to do things like cut duct tape and rope, open cans and bottles, and periodically slice some meat after we cook it over the fire. It’s convenient to pack my Swiss Army knife, but it doesn’t do any of those things particularly well. For 360 or so days a year, it’s hidden away in my camping bin — and I don’t miss it. I’d never use a Swiss Army knife to cut through a steak I grilled at home.

Ever tried an app for the first time, and your sense of excitement quickly turns to lethargy when you’re immediately shown an overwhelming number of things you can do?

The first experience an app delivers is everything — and you have to consider the small form factor of mobile devices when you contemplate the feature set you are trying to deliver. When we were doing research for our new ebook, From Great Idea To Successful Mobile App, we found a stat from Localytics that 20% of apps are downloaded and used once — then NEVER used again.

If your app tries to do too much — like the Swiss Army knife — you risk diluting that app experience and immediately losing customers. And at launch, you can’t afford to lose customers and potential advocates when you are trying to compete in a marketplace with more than 1 million apps available on both iOS and Android. (Related: Learn why we prefer the term minimum lovable product (MLP) instead of minimum viable product (MVP) for app development.)

A steak knife experience, instead, is all about focus. It’s the right tool for the one and only job. Pick your app’s single purpose for existence, determine the two or three things your app is going to do better than any other apps, and then nail it. That’s what makes apps successful, loved, and most importantly used — over and over again.

There are countless examples of apps that try to do too much and fail (like virtually all banking apps). But here are two apps that I think best exemplify the steak knife app experience.

Google Maps: When Google Maps started, it was a brilliantly simple way to quickly search for an address or place and then figure out how to get there. It put to shame all of the overly complex GPS apps (and hardware). Most consumers still are stuck with bad software in their vehicles’ display — but this is slowly changing with Apple CarPlay and Android Auto. The other important lesson here: Google started with a no-frills app, then released additional features like turn-by-turn navigation. But this came after Google had perfected the first app and built a gigantic user base that loved the one thing the app did really well.

MyRadar: If you need to know whether to put the kids in rain boots and coats for school, look at MyRadar. It quickly shows you the weather cells and the movement of those masses. You can get a good sense of how deep you’re in it and what’s ahead. With apps like the Weather Channel, there’s a lot more information (and ads) you need to sift through before you see a forecast.

The trend toward app deconstruction

We all feel better when we see other people doing and saying the same things we do. With app development, some of the industry giants are moving away from monolithic do-it-all apps (swiss army knives) toward more single-purpose, lightweight and streamlined apps (steak knives). We call this “app deconstruction.” Facebook is the most notable — as it recently stripped out Messenger into a separate app.

Meanwhile, Foursquare spun out Swarm into its own app, then relaunched Foursquare as a much more focused local services app aimed squarely at Yelp.

The message: Do less and do it better. Build a steak knife, not a Swiss Army knife.