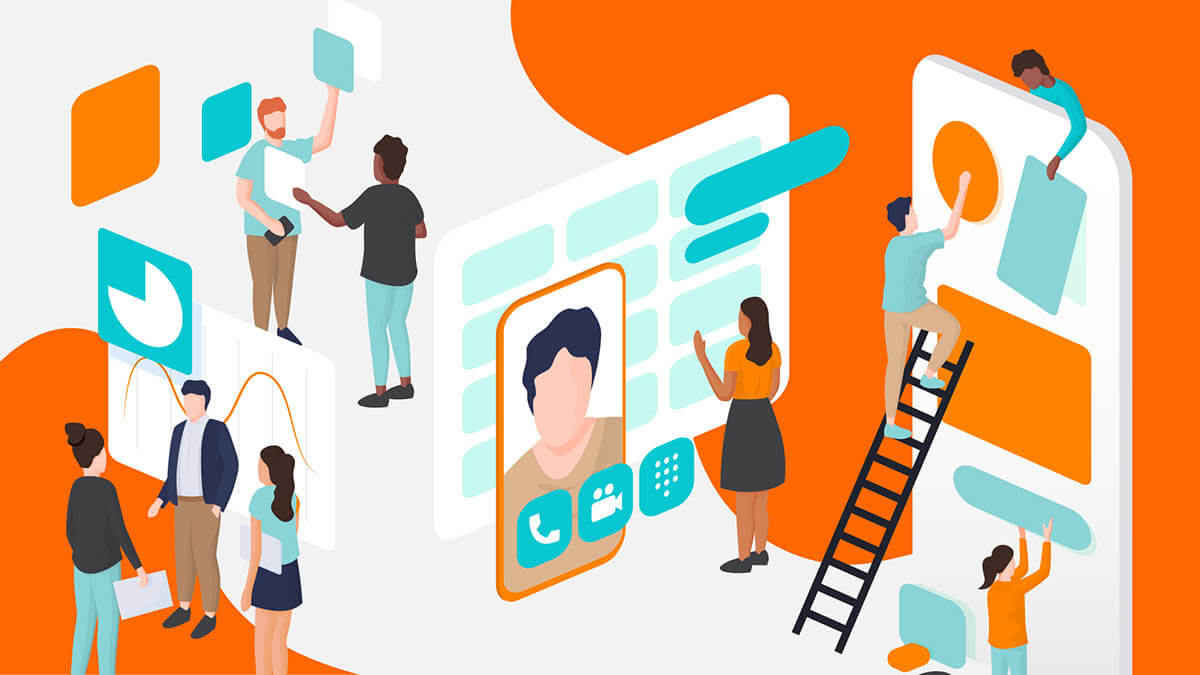 Looking ahead at the next 10 years in mobile, AI, blockchain & the IoT

As 2009 was getting started, my best friend Adam Fingerman and I had already spent months sketching out app ideas and building rough prototypes for Apple’s iPhone and the brand new App Store. In early February, we knew we were on to something — a consulting business to help companies build mobile apps.

So, we made our first hires and opened the doors to ArcTouch on February 9. In 10 years since, we’ve built hundreds of custom app experiences for more than 150 clients, ranging from the Fortune 500 to innovative startups.

As we sit here in 2019 and reflect on ArcTouch’s 10-year anniversary, the current state of mobile, smart products of the IoT, and digital technology has never been more fascinating. Where will it go in the next 10 years? After some fascinating recent conversations, I have some thoughts…

What’s the next big thing in hardware? Embeddables

Forget wearables, let’s talk embeddables. I recently told Adam that the next big thing in hardware will be embeddable devices. Things that live inside the human body.

His response: “I think you’ve been watching too much Black Mirror.” That’s not true — I can’t get enough of that show. The futuristic Netflix show grapples with issues that sit at the intersection of technology and sociology. Some of the plotlines deal with embeddables that augment — and often manipulate — how characters experience life.

Some of the concepts may seem far-fetched, but embeddables are already being used to monitor blood sugar in diabetes patients, and to test for atrial fibrillation and related stroke risks, among others. Meanwhile, Google sister company Verily has been experimenting with a smart contact lens to help measure blood sugar. That project was tabled, but CNBC reported that the company “has uncovered other potential, more near-term opportunities through its work to sense and transmit data around the eye.”

I think embeddables are about to explode. Smart lenses have the potential to truly augment what we see and experience — without the awkward form factor of wearable glasses. Some people will absolutely detest the idea of smart lenses and embeddables that live inside the body — because of the many ethical questions that will be raised. Others will race to embrace the benefits, which makes embeddables no different than any other new technology.

We technologists have been fantasizing about artificial intelligence for almost a century. The ultimate AI fantasy looks something like Data from Star Trek, a supremely intelligent (and useful) synthetic lifeform that comes complete in human-body-like packaging. 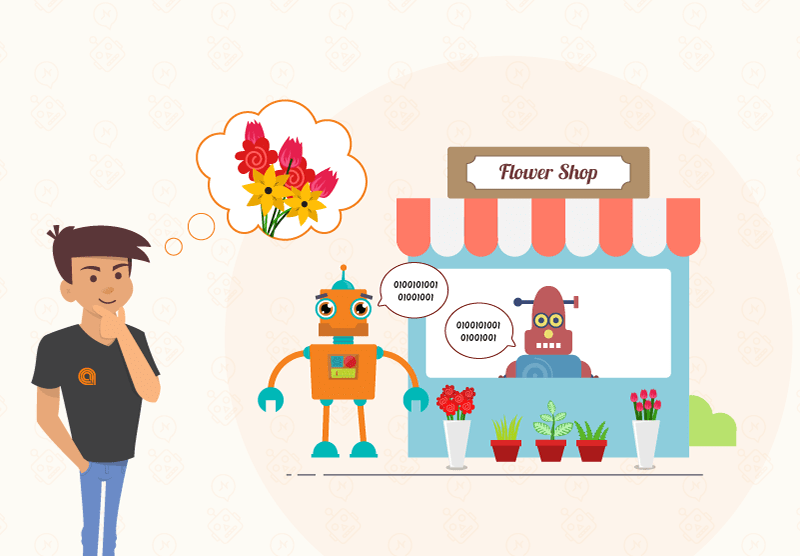 It’s time to give up on that fantasy. Don’t get me wrong: Artificial intelligence is going to have massive breakthroughs in the next decade. It’ll drive delightful experiences for consumers and create incredible efficiencies in business. But it won’t act or look human.

What will it look like? AI and machine learning will be behind the scenes in virtually every software application (and, of course, software will be in many, many things). Your trusted digital assistant will make Alexa seem like a toddler, as it proactively helps you make smarter purchases, points you (and perhaps drives you) to the best entertainment, and helps you negotiate virtually every aspect of your life.

In business, data analytics and business intelligence will be taken to new heights, as machine learning is applied to massive amounts of companies’ internal and external data sources. Better decisions will be made, processes will be optimized, and companies will generally be much smarter and more efficient.

So, AI will be alongside us at every step. It just won’t be all that human. Less like Star Trek’s Data and more like the interactive main computer from the USS Enterprise.

In case you’ve been living under a rock (or in a virtual wasteland), there’s quite a battle going on right now among the titans of the information age (see Facebook vs. Apple). And it all has to do with our data. The information we share online. Our digital footsteps. The utterances we make when our home assistant is listening.

These personal data issues come down to these questions:

These are difficult questions to answer. You might think you have all the answers, but the global Internet is a hard place to build consensus and create policy.

And these data questions are only going to get more difficult as we do more digital things.

There are some lofty, well-reasoned ideas about how to solve this problem from notable thought leaders. This one from Wired magazine founder John Battelle suggests that all data could be completely decentralized and controlled by users, an incredible idea but with unquantifiably massive business consequences.

What I think is likely to happen over the next 10 years is that we’re going to see big peaks and valleys in how we pay attention to and act on these issues. We’ll collectively be outraged when we hear about the latest data breach or questionable Facebook practice. But that outrage will fade, as consistently as a toddler’s sugar rush. And then another controversy will be followed again by relative calm.

In practice, data governance will mature incrementally as driven by the Internet titans, and sometimes by government policy (e.g. GDPR) that is motivated by public outrage.

All the while, we as consumers will become slightly more comfortable with the fact that data from our digital existence is out of our control. Meanwhile, those born during the Internet age will grow in number — and they will be less sensitive to the idea that their data exists in the digital ether. And our collective consternation about who owns and uses our digital data will slowly erode.

Blockchain will become an agent of truth

As I wrote in a recent post, I think blockchain technology is poised for a breakthrough in 2019, especially now that the fascination with cryptocurrency has faded. I’m particularly excited about what this means for business — and our blockchain developers are working on a few high profile proof-of-concept applications with clients that showcase some valuable uses of decentralized technology.

But there’s something else I’ve been thinking about a lot lately. Digital trust. There’s so much much information available on the public web that it’s become very difficult to know which information to trust. And it’s sometimes impossible to trace information back to the original source. You know, that “Fake News” problem.

Blockchain could very well become an agent of truth. In blockchain circles, you’ll see the term “trustless” come up in reference to decentralized transactions — that is removing the intermediary who controls and executes transactions. In most cases, these transactions involve currency. But any information stored on a blockchain is decentralized — meaning it’s stamped at a moment in time — validated and immutable. Truth.

There are already a few startups trying to combat the fake news problem by using blockchain as a means of validating information and encouraging independent journalists to share their stories. Is it possible that blockchain becomes the best source for vetted information and facts? I wouldn’t bet against it.

This may not surprise anyone — but the growth of smart products (a.k.a the Internet of Things) is going to accelerate. Maybe to exponential levels. I’ve already mentioned how I’m excited about embeddables (which might mean that humans qualify as a “thing” in the IoT). And we recently helped 3M launch their new smart Filtrete air filters.

But it’s not just one category or trend that’ll drive IoT growth. There’s a multiplier of factors:

All of this adds up to compound growth, maybe even exponential growth. Statista forecasts that the total number of connected devices will reach nearly 27 billion by the end of this year, and 75 billion by 2025. I think that’s low. But if Statista is correct, in 2025 there will be nine connected devices for every human on Earth. That’s a lot of smart things.

The death of apps is coming — NOT

Every so often, someone will write a piece, with a click-bait-y headline, about how apps are going to die. For example, these posts have appeared on Medium in the past few months:

As you might expect, a post about the “appocalypse” catches our attention — because we’ve been building apps for 10 years. And we’ll be doing it for the next decade, too.

The thing is, if you follow along with these arguments, they typically devolve into the issue of too many app icons on a phone screen. No doubt: People can only use and manage a finite number of apps on their phone. And there are a lot of marketing-related apps for mobile phones that never should have been created (and many that were never really used).

But remember that IoT avalanche of smart things that are coming? All those smart devices, voice-powered appliances, business applications, blockchain use cases, autonomous vehicles, embeddables, etc. They all need apps. Which is short for applications. Which is really just a fancy way of saying software. And writing custom software that is useful and delightful is exactly what we do. And we’ve been doing it for 10 years straight.

As former Netscape founder and venture capitalist Marc Andreessen famously wrote in 2011, “Software is eating the world.” It’s really hungry. It will be eating the world for decades more, I’m sure.

What will ArcTouch look like in 10 years? Totally different and very much the same

I’m no fortune teller. So when I think about the world 10 years from now, one of the hardest things to picture is what ArcTouch will look like. After all, when we started developing apps in 2009, we were just a couple of guys who simply wanted to create a fun place to work. Now we’re 200-plus employees and part of the WPP, the largest network of marketing, design and technology consulting firms.

And while we’ve grown and shifted with the times, the tech industry has moved at warp speed. When we opened our doors in 2009:

All of those events fundamentally changed how we think about mobile and digital. And affected how we go about our business.

We’ll have our hands full with the unknowns that’ll unfold over the next decade. In 10 years, the kinds of applications we’ll be creating might look totally different. But I’m pretty sure we’ll still be building lovable products that have that right blend of utility and delight. Software that solves real business problems. And apps that connect people, products, and the digital world.