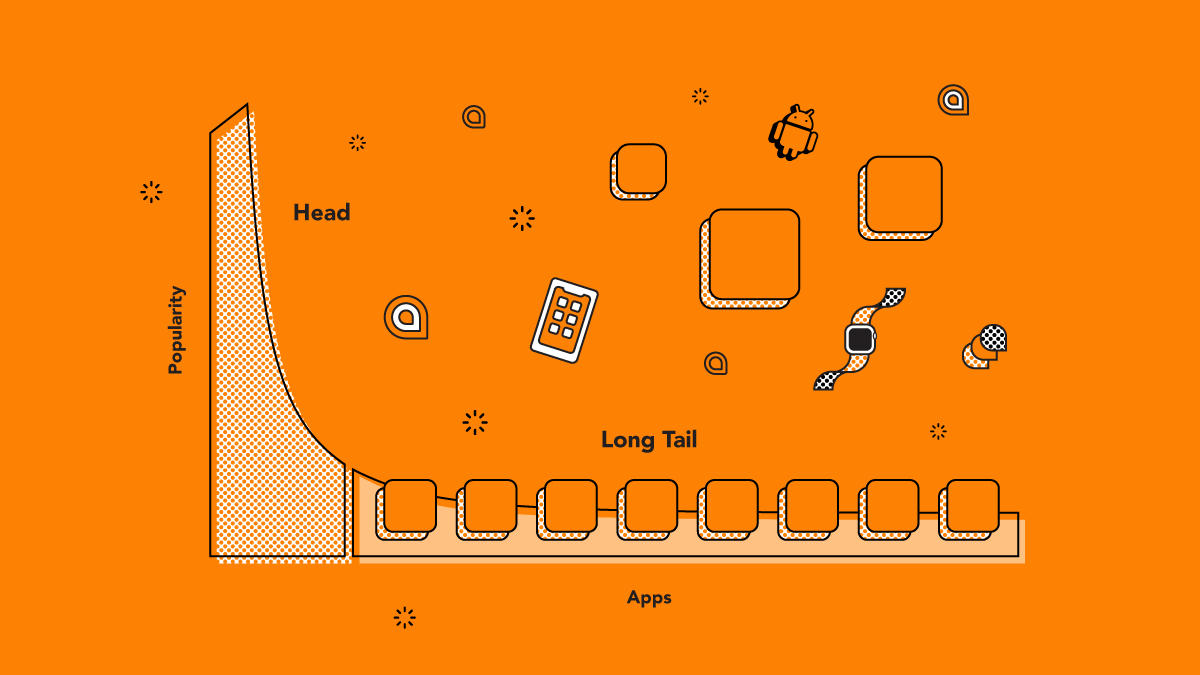 With mobile maturity comes the long tail of apps

A funny thing happens as new technologies mature. Some pundits get bored and look for the next big thing — while others see an opportunity to proclaim the death of the incumbent.

In the case of mobile, 2018 marked the 10-year anniversary of Apple’s App Store and a decade since Google’s Android OS was launched. There are an astonishing four million+ apps available between the Apple App Store and Google Play Store.

Inevitably, as the app market has matured, the growth in app downloads in recent years has slowed — though by most accounts it is still growing (according to a SensorTower report, Apple App Store downloads increased 1.5% to 7.2B in Q4 of 2018, while Google Play grew 16% to 20.2B).

There’s no question that there can only be so many big-winner, mass-market apps. After all, as consumers, we only have so much time in the day to do online shopping at Amazon, scan our Facebook “feed” and binge-watch the latest streaming series on Netflix.

These facts have led some to conclude that apps, as we know them, are on the way out. And, like clockwork, every few months you’re likely to read a doom-and-gloom headline like these:

Like music, there is value in the long tail of apps

While you can find some statistics about the slowing growth of apps, there’s also the realization that we’re more dependent on our mobile phones than ever. According to eMarketer, U.S. mobile users spend more than four hours a day on their phones — including more than three hours using apps, a number that’s been increasing every year since 2007. 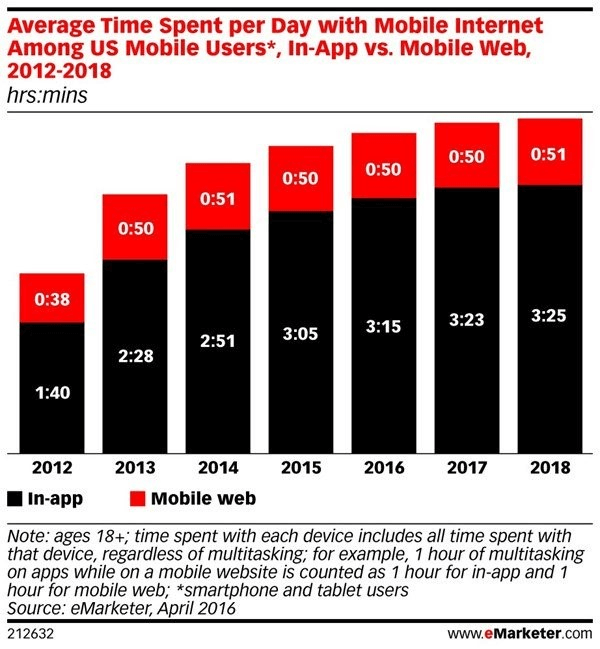 However, the vast majority of downloads and time spent in apps come from only the top few apps. In fact, according to SensorTower, the top 20 apps of four million in the app stores accounted for six percent of the total downloads.

So, if the market is saturated and the likelihood of mass commercial success is slim, why then would any company put a lot of resources into building mobile apps?

Because, like the book publishing and music industries discovered with the emergence of digital technology, there’s value to be found in the long tail. That is, there are smaller pockets of users who will find high value in niche applications that address their needs. And despite the fact that long tail apps may not have large numbers of users, companies are seeing a valuable return on investment from these niche apps.

The long tail of apps in practice

One example of a long tail app is the award-winning Skyjet app. Skyjet is a leader in private jet chartering — a growing industry but by no means a mass market (how many people do you know that regularly charter private flights?). Skyjet’s app dramatically simplified the process of finding, chartering and paying for a private aircraft — and it also serves as a concierge for its affluent customers, providing key information leading up to each flight. The app will never achieve millions of downloads. But because the app has made private aviation more transparent and easier for flyers, while increasing the number of bookings, each of which starts in the tens of thousands of dollars, both users and Skyjet see great value in it.

Another example of a specialized but valuable application is the 3M Filtrete app. The app is included as part of 3M Filtrete™ Smart Air Filter, which monitors HVAC air flow and notifies homeowners when their HVAC air filter needs to be replaced. While 3M is a massive company with some mass-market product lines, this particular app has a relatively small number of downloads compared to the likes of Instagram or Netflix. Yet, the app is an irreplaceable component to what makes the Filtrete Smart Air Filter a successful retail product and it helps drive repeat business by informing users where they can purchase replacements.

In addition to consumer product-centric apps like Filtrete, we’re seeing incredible growth in the enterprise as more companies are truly mobilizing their workforce. Companies are betting that by investing in workplace-related apps, employees will be more productive and might even enjoy their jobs more. In some cases, enterprises are building a “mobile center of excellence” to build and manage those applications.

For example, United Airlines has issued flight attendants, gate agents, and other customer-facing employees more than 50,000 iPhones and iPads. And in parallel, United began serving up custom apps for different roles, focusing on enterprise scale, reusability, and speed in its mobile app development efforts. Like some specialized consumer apps, these workplace apps don’t serve large numbers of people. But they can create tremendous value and utility for both users and the companies that build them.

With the mobile industry’s maturation comes many lessons learned. For one, there has been a lot of wasted investment in apps that were effectively advertisements, as companies experimented with apps they hoped would magically help them acquire more customers. “If you build it, they will come” does not apply in the crowded app stores. So marketers and their executive teams have come to realize (or should) that apps are not good top-of-the-funnel tools to build awareness.

Marketers and product teams should instead see apps as a chance to engage more deeply with their most valuable customers — because the best apps are more product than promotion. Our most successful customers see apps as a complementary extension to an existing product or service that they offer. Like the Skyjet and 3M examples, apps deliver experiences and utility that strengthen the connection between a company and its customers.

One thing’s for sure

Despite the naysayers, apps aren’t going anywhere. Apps are evolving and thriving. They no longer live just in app stores and on your phone. They are also on your connected TV, your home assistant (like Alexa or Google Home), and inside your messaging apps (chatbots). There are virtually endless opportunities for companies to create useful, delightful and valuable experiences in mobile and the IoT. Especially in the long tail.

This article was originally published on ClickZ.