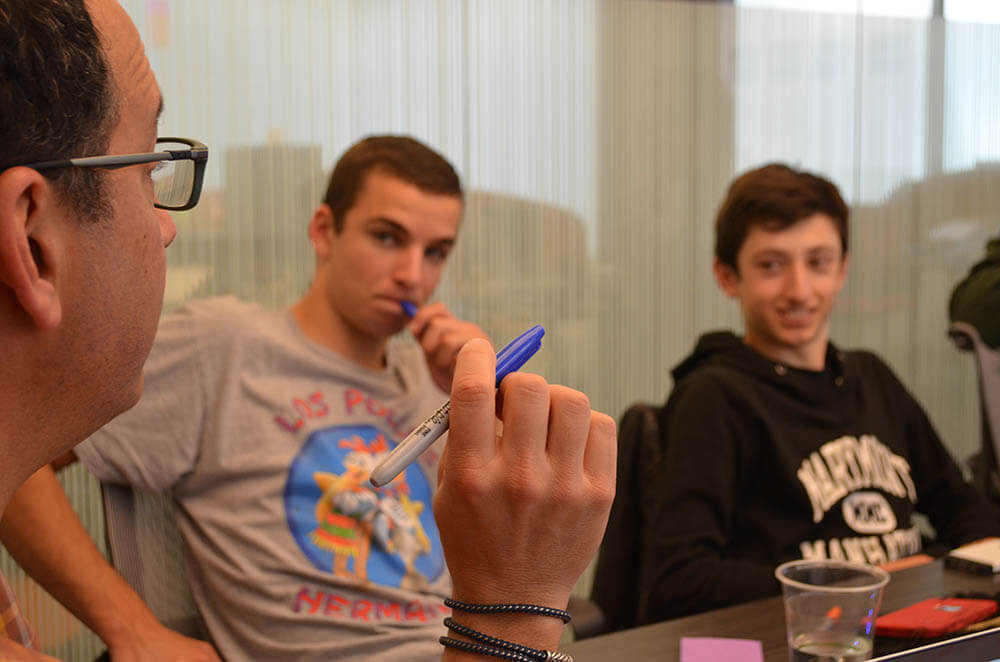 A Legendary App Idea from a Pair of High School Entrepreneurs

Editor’s Note: Alex and Matt are high school seniors from Larkspur, Calif., just north of San Francisco. They recently emailed ArcTouch with an app idea — to help people discover local urban legends in different regions — as part of a class project. Their cleverly written email, shown below, was one of the best (and most humorous) pitches we’ve ever read – so we invited them to join us at HQ for a brief app discovery session and one of our all-team lunches. This is what they said and wrote about their visit:

Throughout the discovery process, we learned a lot about how to take the step from an app idea to an IDEA. Our original idea was good and it had potential, but it was nothing but a simple idea. ArcTouch showed us how to really transform our idea and make it realistically possible and how to make it sellable. With this IDEA, we felt like if money was not an issue, this app would be in development today.

The single most important thing we learned during our session was how to prioritize the features of our app. This allowed us to add to our idea but also cut back and clarify our idea. By prioritizing our idea, we were able to pick the most essential pieces of our app and decide what should be in version 1. Know how we did this? Well with the help from our fellas and bellas at ArcTouch we learned that having an app with a ton of operations wasn’t good. Swiss Army knife apps with lots of functions may sound cool but these functions all perform very poorly. We were advised to build an app experience like a steak knife –  have focus and do a small number of things, perfectly. We put these functions into our idea of version 1 of our app to make it effective but still very interesting to app users.

Our app changed greatly throughout the session. Coming into our meeting with ArcTouch, we envisioned an app that would find legends around you. That’s all we had, but after our session we a had a great deal more. We thought up a scavenger hunt-like feature to make the app into an interactive game where people could earn points by completing challenges. This point system would reward people with badges and unlock the next clue. Eventually, with enough points the app user would be able to send us their own legend map. This would allow the public to add more content as long as we approved it. This was only the structure we created. We thought of many more details and how version 1 may look and how we would jump to version 2. Also the ArcTouch team advised us to include in-app ads, a buy-able version with more maps, and/or bundles that app users could buy to unlock more maps. Our idea turned into a profitable mold of our app.

The ArcTouch team was extremely helpful and our idea wouldn’t be an IDEA without them. #Transformative #RealWorld #TakesMoneyToMakeMoney #ThanksYallWeAppreciateIt
#TheseGuysKnowTheirStuff