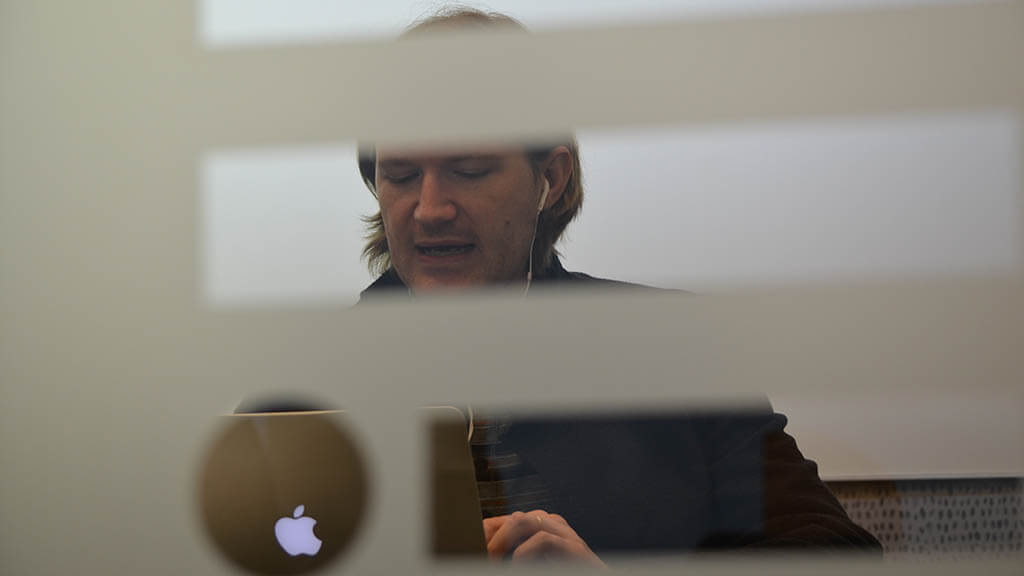 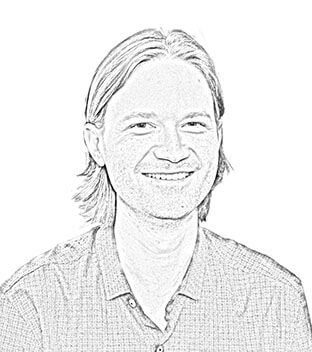 [Editor’s note: This is part of a series of articles of app makers, highlighting ArcTouch’s talented team members. Like many members of the maker movement, the app makers we spotlight here crave getting their hands on the latest tech and finding creative new ways to apply existing tech to their projects.]

Paulo Michels was ArcTouch’s employee No. 3. The native of Joinville, Brazil helped launch ArcTouch in 2009.

The odds of being at a startup seven years after it was founded are pretty steep — most estimates suggest the startup failure rate is higher than 90 percent. The fact that Michels is still around is a pretty good indication of two things: First, he’s good at his job. Second, the company has good leadership.

Michels is a big part of that ArcTouch leadership. As the vice president of engineering, he manages a team of more than 100 engineers split between ArcTouch offices in San Francisco and Florianópolis, Brazil.

Besides the growth of ArcTouch, much has changed since 2009, when mobile app development was limited mostly to the iPhone and Blackberry. Now, of course, there are tablets and the other major platforms, Android and Windows — and Michels and team are at the leading edge of technology that powers wearables, home automation, smart cars, and other connected “things.”

We recently sat down with Michels to talk about his seven years at ArcTouch and what lies ahead in the mobile industry.

Would you say you’re more of an Apple or an Android person?

I’m both! I love switching between iOS and Android. I switch every 6-12 months and I’m always amazed how these platforms evolve in such a short period. I’m kind of an addict when it comes to having the latest and greatest devices.

How many connected devices do you own?

Wow, that’s hard to say. I don’t just like to buy new devices, I also like to keep them. Over time, I’ve built my own private collection of test devices. At any time you can easily find five-plus devices in my backpack. On a daily basis, I use a phone, tablet, ebook reader, and Apple TV. My latest addition is a smart sprinkler system. In my garage, you’ll find all kinds of IoT devices like Arduino, RaspberryPi, Spark Core, Beacons, etc., etc.

Where did you grow up?

I grew up in the south of Brazil, in the city of Joinville. I moved to Florianópolis when I was 18 to start working on my computing and business undergrad degree.

How did you find out about ArcTouch?

After graduating, while still in Brazil, I started working for Zero G, a software company started by ArcTouch co-founder and CEO, Eric Shapiro. Zero G was successfully sold and I went to work for a different company. A few years later when the first App Store launched, Eric and ArcTouch’s other founder, Adam, invited me to join this new startup that would develop mobile apps, which was something very new to everyone. Seven years later, here I am.

Why have you stayed for so long?!

Just like most software engineers, I’m motivated by new technologies and challenging problems. The decision to join ArcTouch was an easy one. I was not only going to work with new technologies, but within an entirely new industry. The mobile and connected devices industry becomes more interesting every day. I can’t see myself working on anything else. We’ve built an amazing team — and it’s an environment where we have the opportunity to work on a variety of projects and technologies. I don’t see many opportunities like this out there.

As VP of engineering, you manage a big team split between the U.S. and in Brazil. Is that challenging?

It’s a very exciting position. It can be very demanding, but also very rewarding when we look at all the things we’ve done together. In practice, there’s not much distinction between our teams in the U.S. and Brazil. We consider ourselves part of one big team — and there’s a lot of interaction and travel between the offices. We’ve really figured out how to make this work well for our clients.

What are the main differences between the tech industry in San Francisco compared to Florianópolis?

The industry in San Francisco, compared to any other place in the world, is more mature and there’s a lot more investment. Technically and culturally speaking, the two places have more similarities than differences. Florianópolis has a strong startup mindset, similar to San Francisco. In fact, some have referred to it as the Silicon Valley of Brazil. The personality (commitment, energy, innovation, etc.) of the people is very similar between the two places.

What has been the most exciting project for you to work on at ArcTouch?

For me, the excitement comes from the fact that we work on a large variety of projects, across very distinct industries and technologies.

Why do you think companies choose ArcTouch to help them create their app experiences?

Why do you think mobile and connected apps are becoming more and more successful for companies?

Apps allow us to build the kind of personal experience that we used to see only in futuristic movies, something the Web alone is not capable of doing. Companies that understand this and get it done right benefit greatly from the increased user engagement. Consumer oriented apps were the first wave, now we’re seeing more and more the successful use of enterprise apps and a whole new industry of connected devices (watches, TVs, IoT). We’re only at the beginning, and I can’t wait!