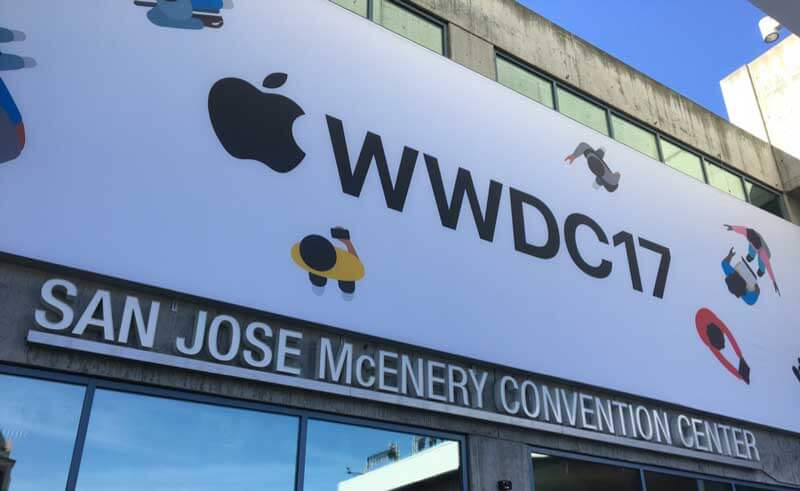 Apple’s WWDC returned to San Jose this week for the first time since 2002. Of course, that was long before the iPhone, iPad and Apple Watch — and six years before we got started building apps and smart things here at ArcTouch. And, well, Apple wasn’t close to being the world’s most valuable company at the time, either.

Given Apple’s massive size and following, its annual conference is now a source of big news for more than just developers. But for our clients and friends focused on mobile and the IoT, we wanted to break down the most important takeaways from Monday’s keynote.

ARKit is an augmented reality framework that businesses can get behind

In what we think was the most important news for developers today, Apple announced ARKit. On the surface, it appears similar to Camera Effects, which Facebook announced at F8. But what makes it different is Apple’s proven model for businesses (and developers) to make money. The company has paid developers more than $70B to date from App Store revenue. With App Store distribution and in-app purchases, it’s a much more lucrative platform than Facebook is for brands and businesses looking to create and monetize augmented experiences. 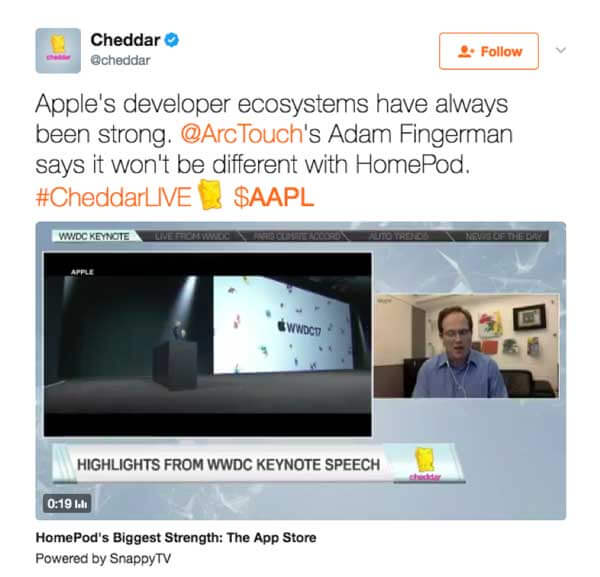 HomePod looks great for music, but isn’t a big step for voice assistants

As digital music enthusiasts, our devs are excited about HomePod as a way to get music around the house, although it’s a bit pricey. It also will integrate with HomeKit, so if you’re on the leading edge of home automation, you’ll be able to use it to control your HomeKit enabled devices. But from a developer point of view, Apple didn’t say anything during the keynote about the opportunity to build applications to support it. This doesn’t do much to address the opportunity around voice assistants that many in the industry were expecting. If Apple wants to repeat the magic of the iPhone — and compete with Amazon Echo and Google Home — it needs to eventually open up the platform to third parties to create compelling extensions (a.k.a. apps) for this device. Right now it seems more like they are trying to topple Sonos than Amazon.

Google’s keynote at its recent Google I/O developer show focused squarely on AI and machine learning. Apple followed with emphasis on Siri and its underpinning intelligence (“machine learning” was mentioned no fewer than a dozen times during the keynote). It announced SiriKit and CoreML, tools for developers to theoretically build smarter applications for iOS, watchOS and tvOS. We don’t have the details on these just yet, but we’ll be digging into the developer previews and will report back to you soon.

The Messages app in iOS 11 will support Apple Pay for person-to-person money transfer. For those looking to easily pay friends small amounts, this is so much more elegant for users than going through another app. This will effectively kill Venmo and other similar third-party apps on iOS. But in Android, the opportunity remains for Venmo, Square Cash and other third-party payment services. For those working on iOS apps with an e-commerce component, there’s less reason to support other payment services, because Apple Pay is fast becoming the only platform that matters.

Apple unveiled native Bluetooth support on the Apple Watch. It showed how this integration will allow gym equipment to tie into the Workout app and sync data to your device. That’s an exciting use case — but what’s more interesting is the potential for the Apple Watch to now integrate with a growing world of IoT devices. For the first few years of the Apple Watch, its capability was limited by its mostly monogamous relationship with the iPhone. Moving forward, it could interact with connected things in the home, medical devices, beacons and much more.

Developers for iOS 11 can build for the best mobile platform

Every year, Apple shows a statistic about its latest iOS adoption vs. Android. This year, it reported that iOS 10 is on 86% of iOS devices, vs. Android Nougat, which is only used on 7% of Android devices. You need to understand that this doesn’t reflect a difference in user interest — just that iOS devices get updates by default, and Android device manufacturers don’t always enable automatic updates. But from a developer point of view, this is important because for iOS, we know we can build apps that take advantage of all the new features. When we build apps for Android, we have to account for the older versions of the operating system — because there are many more users of them. For our clients, more of their budget is spent supporting older operating systems with a lowest common denominator style application.

“Keep making apps. The world is depending on you”

Apple opened Monday’s event with a video that imagined a world without apps, the “Appocalypse‎,” where apps vanish and are replaced by total chaos. Every so often, some pundit tries to proclaim that apps are dead — to which the world’s most valuable company responded in the opening video: “Keep making apps. The world is depending on you.”

Of course, that very developer centric message at this developer show was followed by mostly consumer news at the keynote — with just a little gristle for developers to chew on. But much of the mainstream media has now departed WWDC, and Apple will for the rest of the week be going deeper into the new features that matter most for developers. So stay tuned to our blog and we’ll break down the most important news about iOS 11, tvOS and watchOS.