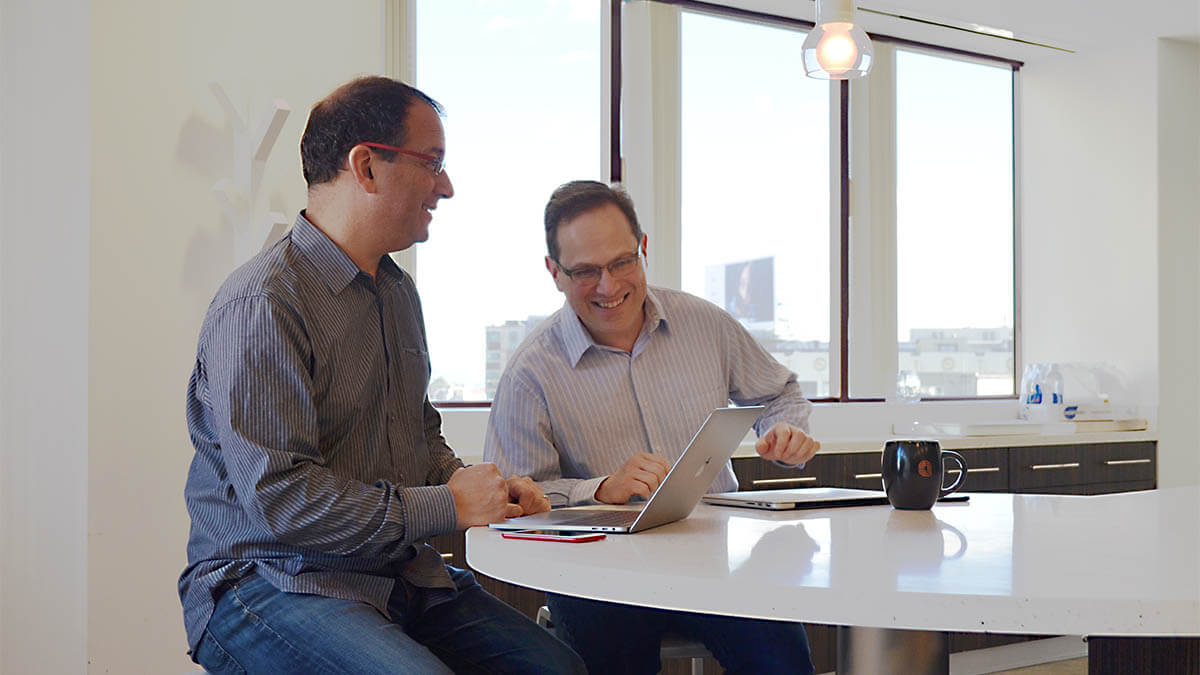 (Editor’s note: This article originally appeared in Quartz at Work.)

Ten years ago, I started a business with my best friend. Naturally, I was told by many people that co-founding a company with a close friend was a bad idea.

The truth is that many companies start among friends. Former Harvard Business School professor Noam Wasserman (now at the University of Southern California) studied 10,000 tech startups and learned that 40% of founders were friends before they went into business. His research, summarized in his book The Founder’s Dilemmas, also revealed that when founders are friends, it increases the likelihood of startup failure — and each friend on the founding team increases the likelihood of founder turnover by almost 30%.

I don’t doubt the numbers. But starting ArcTouch with Adam Fingerman, my Tufts college roommate and my best friend of 33 years, was the best decision I ever made. A decade later, I’m proud of our path. Together, we’ve taken the company from a team of two to a team of 200 (and growing). We jointly agreed when it was time to sell the company, and successfully navigated our acquisition by WPP, the largest network of marketing, design, and technology consulting firms. And we’re still working side by side, managing one of the top mobile app development companies in the world. Meanwhile, we’re better friends than ever.

“I think our friendship is something our extended team has embraced, too. It makes that idyllic work-life balance seem a little more authentic.”

If you’re thinking of starting a company with your best friend, here are five tips based on our experiences:

1. Honestly vet each other

This seems obvious: Having the right skill set for a startup is essential. But honestly vetting your best friend about their skill set? That’s tricky. It’s easy to overestimate your friend’s work capabilities when loyalty may be clouding your judgment.

When we started ArcTouch, Adam and I knew each other exceptionally well — not just as friends but also as professionals. After college, we’d both spent time at Apple. And we’d worked together, though not as co-founders, at three previous startups. I knew what I could expect from him and vice-versa.

We also knew from past experience that we complement each other perfectly. While we share a common foundation of engineering and product management, we think about things very differently. I’m more of the risk-taker who’s always excited by new opportunities. And he’s great at execution — and unafraid of telling me when my ideas will take us too far off course, or are just plain crazy. We are Yin and Yang.

But if you’ve never worked with your friend and potential co-founder, how do you understand what they’re like on the job? Start with some good old-fashioned references. Each of you should talk honestly with a few of the other’s former colleagues. Go deep into hard topics, like mistakes, conflict resolution, and perceived weaknesses. And report back to each other on what you learned. This will establish the kind of open communication habits you’ll need to survive over time — and might reveal red flags that will make you change course.

2. Have a short-term memory

Work conflict is a healthy part of any business — as long as you work to resolve it. But if you have both a business and personal relationship with your co-founder, it can magnify the tension in any situation.

Having forums to resolve conflict is important. But equally important: having a short-term memory. Today’s disagreement won’t seem as high-stakes tomorrow. So, let emotionally charged disagreements rest. Resolve them the next day, when you can approach them with the necessary dispassion. Adam and I have had many disagreements, but we’ve found that when we logically solve them later, we sometimes forget why we were fighting so hard at the start.

3. Make your friendship an asset, not an obstacle

If you’re lucky enough to start a business with your friend, don’t be embarrassed about it. And definitely don’t create artificial walls out of fear that your team will think your friendship is inappropriate. Embrace it. After all, if you’re running a startup, you’re probably spending a lot more than 40 hours a week doing it. So, why compartmentalize your life and create boundaries when you spend that much time in the office?

Almost every work meeting that Adam and I have covers both work and life stuff. And that life sharing reinforces, above all else, that we’re human. I think our friendship is something our extended team has embraced, too. It makes that idyllic work-life balance seem a little more authentic.

4. Make sure you’re both invested financially

Forget “sweat equity.” If you’re starting a company with a friend, you should each be investing real equity. In other words, money. Of course, not everyone has lots of capital readily available to bet big on a business. But if a founder doesn’t believe strongly enough in their idea to invest some of their own money, they should probably be doing something else.

With co-founders, it’s especially important for each to invest some of their own capital. If only one party does, it could create problems down the road. For example, the co-founder who provided the upfront capital might start to think he or she cares a little more than the other founder (even if it’s not true). Or, if the startup proves to be a massive success, the co-founder who bankrolled the company at the start might feel he or she deserves to reap a bigger reward than the terms agreed to at the start.

5. Divide up control and decision-making clearly and fairly

Conventional wisdom suggests you can’t run a business with co-founders who have equal managerial control over the business. I’m proud of the fact that Adam and I have proved this wrong.

In our 10 years, we’ve split control and decisions 50/50. I’m technically the CEO of ArcTouch, and Adam is chief experience officer. But really, we’re co-leaders who broach the difficult decisions together. There have been times when we’ve vehemently disagreed on an issue. And this is where our relationship — and the ingrained trust that comes with being best friends — is an asset.

We don’t have a magic document somewhere that clearly states who has ultimate decision-making power for different areas. I don’t believe in those kinds of edicts because they can only cover so much. Most disagreements can’t be anticipated.

So Adam and I deploy an undocumented standard of fairness in our decision making. If we are split on an issue, we each argue our case. And then we decide together. Sometimes that means deferring to your business partner. Other times it means agreeing to make future concessions because you just aren’t willing to yield on this one. Fairness over the course of time drives the decisions. But how do you know what’s fair, if it’s not something you can put in a contract? That’s where trust comes in. I trust Adam if he tells me that this decision is more important to him than another we’ve made. And he trusts me when I tell him the same.

That’s trust forged with more than 30 years of friendship — and applied successfully to our business, 10 years and running.