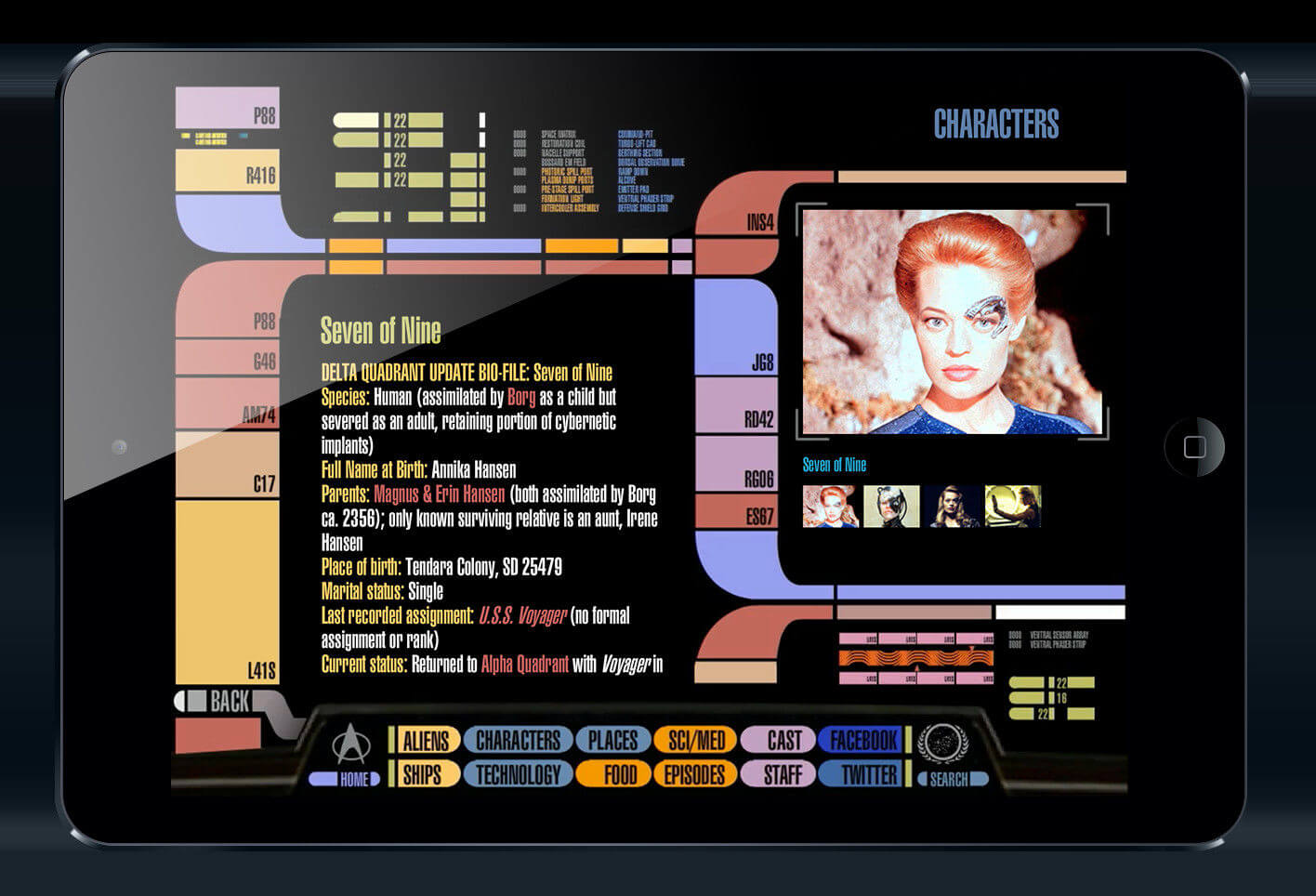 There were over 50 news stories posted about the Star Trek PADD app (see the list below) and tremendous buzz on Facebook and Twitter. In the first day alone, tweets about the app were sent to over 1 million people and the app was mentioned on “The Big Bang Theory” TV show’s Facebook page, which has 15 million fans, and was “liked” by over 6000 people. Not a bad week!