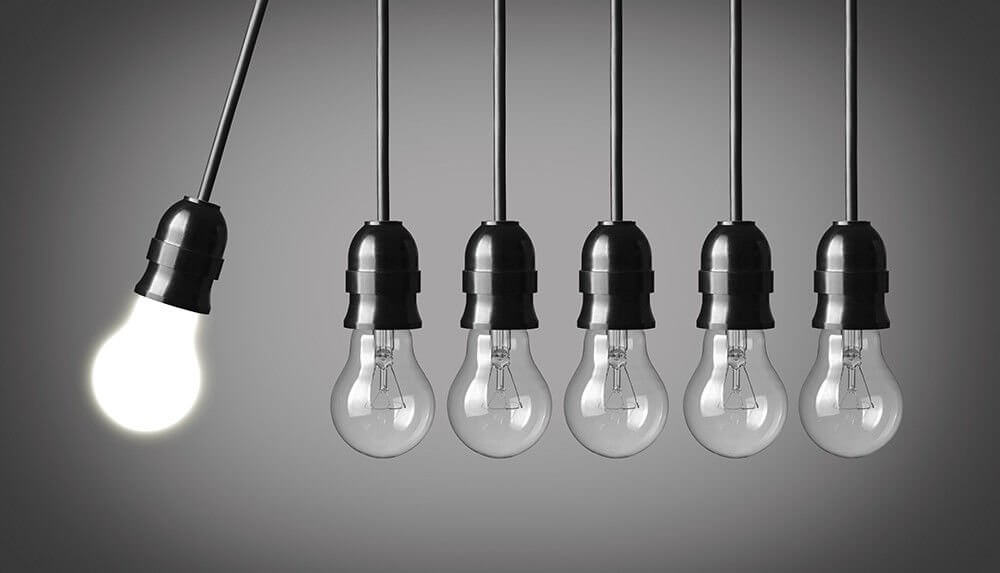 In my sales role at ArcTouch, I hear a lot of app ideas. When we get started with new clients, we go through a rapid mobile strategy exercise where which we take those ideas, deconstruct them down to the core value proposition and most critical features. Then we rebuild the idea into a definable product for the first-generation release (a.k.a. the MVP).

But thanks to the Los Angeles Film School, I was recently reminded that there’s a lot that happens after an idea is first hatched and before it comes to us here at ArcTouch. This pre-strategy phase — which can be part passive (the evolution of your thinking) and part active (external research, aligning the idea with personal or business goals) — starts to give shape to an idea and advances your personal connection with it. And it often makes the difference between winning ideas and those that never make it to the app store.

A few weeks back, I served as a judge for two Shark Tank style presentations in a Business and Entrepreneurship class at the LA Film School. Two teams of 6-8 people each pitched an app idea to two “app experts,” myself included.

The core of Team 1’s idea was to provide a tool for those afflicted with Type 1 diabetes to manage their carbohydrate intake. The app could help users keep their insulin levels stable, and avoid spikes that can cause fatigue or more serious problems.

Team 2:  Connect with Other Athletes and Get Discovered

This team proposed a social platform that would allow amateur athletes to find nearby competitive sports activities they could participate in on weekends — and allow their talents to be discovered by professional scouts.

Considering neither team had any experience in mobile and the world of apps, they both did a tremendous job of presenting. But Team 1’s pitch and concept were stronger — they’d refined their idea just a little more and the team members seemed more connected to it. Four attributes came through clearly in the presentation — attributes that we see regularly in successful app ideas and the teams behind them when they first come to ArcTouch. These attributes are prerequisites for winning apps:

“I want to develop this idea wholeheartedly. I can see myself using it, and I know it’d be a benefit to other people as well.”

You can read about the importance of passion in virtually every self-help book on a clearance bookshelf rack. But there’s no denying it: When it comes to persuading others, you absolutely need passion. Of course, it takes more than just passion to be persuasive. But if you aren’t spilling over with passion and energy when you talk about your app idea, then there’s something wrong. And it’s not that you lack passion as a person — it’s probably that you aren’t convinced your idea is going to succeed. Team 1’s passion was obvious — in large part because of a very personal connection: two of the team members have diabetes.

Even though it started as a class assignment, the app idea became very real for team co-CEO Aline Allam. “I want to develop this idea wholeheartedly,” Aline said to me in an email after the presentation. “I can see myself using it, and I know it’d be a benefit to other people as well.”

You may have a great idea. But if you don’t really understand the market or the target audience, you probably won’t be able to execute on that idea. If you are the target user — or you have worked in an industry for several years — you are much more likely to succeed, both with an app that delights a customer base and related business objectives (e.g. reaching X number of customers or earning $Y revenue). We call this domain expertise.

Because of Team 1’s personal connection to diabetes, they had more domain expertise. And a bonus — one team member’s father was a neurologist, so she had a decent understanding of the complexities of serving the healthcare industry.

There’s a commonly used expression in tech circles — “A solution in search of a problem” — that describes when companies may have a technology breakthrough but no real customer application or market for it. Often times, companies want to develop an app for the sake of having an app. But they neglect to take a customer-centric view of an app idea. It’s always better to start by solving a problem — rather than trying to find one. Again, Team 1 nailed this approach. Managing insulin levels is a major challenge, and a mobile app could make it much easier.

Team 2 was trying to solve multiple problems — both providing a tool for athletes to find out about nearby competitions and giving exposure to those who have aspirations to play sports professionally. It’s usually more effective to stick to a single problem and define a solution for that.

We’re big believers in taking an MVP approach to app development. And we expend a lot of effort helping our clients get to a very lean, minimum viable product during our mobile strategy sessions. That said, there’s no better time to start thinking about an app’s most important features than just after that app idea is hatched. What is the absolute minimum feature set it would take to solve that problem? Team 1 had a pretty focused idea to start — which would make it fairly straightforward to develop. The second team had a lot of great ideas — but because of it, the app would have been a lot more expensive and taken more time to develop.

I really enjoyed the presentations — and was thoroughly impressed with the work that went into them. I’d like to thank professor C. Michael Brae for inviting me. I hope the teams learned a lot — I know I sure did.

Jeremy Stephan - Jeremy Stephan is ArcTouch’s vice president of business development. He’s also a pseudo-professional stand-up paddle boarder, snowboarder and general wanderlust. Talk to him for five minutes and the world will suddenly make all kinds of sense.