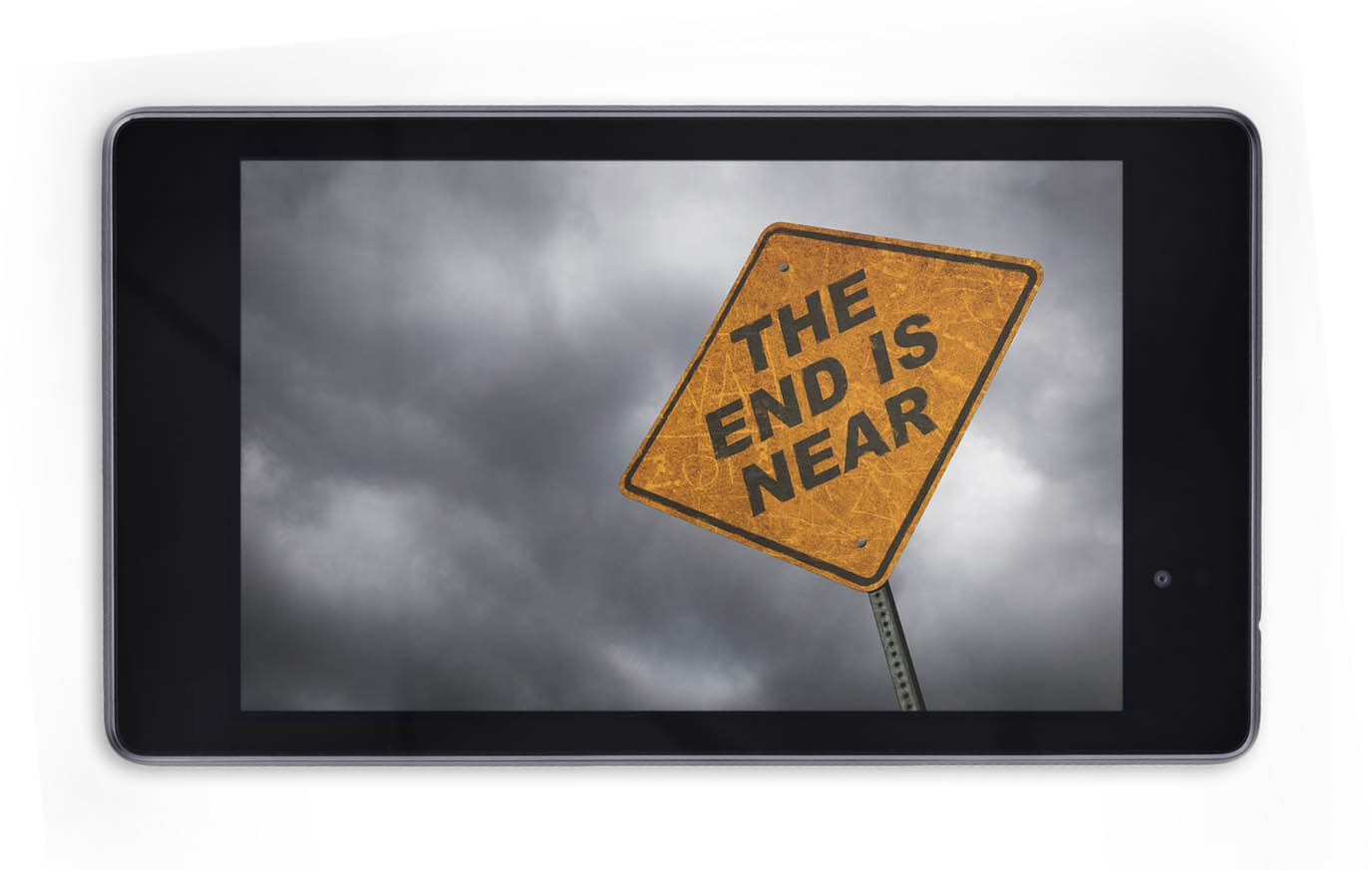 Did Wired Get it Wrong? Why Google Now Won’t be the Death of Apps

Google: Eric, Here are some resources that might help you: 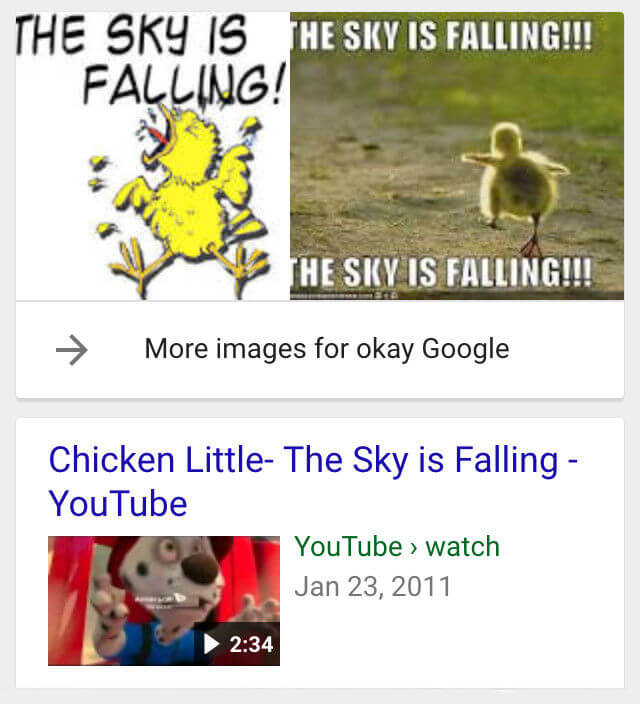 We received a few emails from friends and partners after Wired published a story on Friday titled: “Google’s Ingenious Plan to Make Apps Obsolete.”

The implication: If apps are becoming obsolete, then so are we. ArcTouch, after all, makes apps for a living. Such is the reality of our social universe — one sensational headline spurs people into a tizzy of hypotheticals and concern.

At last week’s I/O developer conference, Google showed improvements to Google Now and its potential to offer relevant information from apps and the web based upon the context of a question you ask or a message you receive.

At the core of Wired’s story, author Brian Barrett put together a strong case for how the evolution of Google Now is an important shift. For one, there are more than 100 services that now tie into Google Now — tremendous progress from the days when it was only tied to maps and email. And even more important: the improvements to Google’s AI (artificial intelligence), which as the story points out powers Google Now’s ability to give people more relevant contextual information.

But here’s where we think Wired got it wrong. The article’s premise that apps could become obsolete seems to hinge on this statement:

“[Google is] also increasingly supplied by information housed in third-party apps—apps you have less and less reason to visit as Google Now becomes smarter and smarter.”

After reading the above, you might think that the concept of app UX is going to be moot. And that the Google Now layer will make app design — and the existence of anything more than the data behind the app — irrelevant. Here are three reasons that this thinking is flawed.

Google has done a tremendous job evangelizing what it calls “glanceable moments” — that is, little bits of relevant information presented at the time when you need it most. Undeniably, this is an important type of mobile experience, especially when you are on the go.

The example Google showed at I/O last week was when a friend sent product manager Aparna Chennapragada a text about the movie Tomorrowland. She held the home button — launching the new extension named Now on Tap — which immediately brought up links to the YouTube trailer, and icons for the Flixter (showtimes) and IMDb (for cast information) apps. Pretty compelling stuff.

But in most apps, glanceable moments are not everything. And other apps don’t serve an informational purpose at all. The first, most obvious category: games. Google Now isn’t going to change the experience of leveling up in Minecraft or advancing through Angry Birds. Other app categories like e-readers (e.g. Kindle) and media apps (e.g. Netflix and Pandora) might be discoverable in Google Now, but the experience of consuming most long-form content would still by-and-large take place in apps.

Social apps like Facebook might offer up its most important information via Google Now — but is that going to replace diving into your app to scroll through the stream of recent activity to consume the recent photos and videos from your hundreds of friends?

One of the major reasons that apps dominate mobile phone usage (over 80% of time spent, by many accounts) is that they deliver a deeper level of engagement than the web: a level of engagement that only a piece of native software written specifically for a platform can. Brands and companies that want to deliver this engaging experience for their customers will continue to do so — with custom native apps. And Google continues to invest a lot of resources providing developers the tools they need to create these rich experiences.

Here’s one of the reasons we’re most excited about Google Now: It’s another point of entry that will increase app usage. In fact, among developers, one of the biggest complaints about Apple’s Siri was the lack of access we have to build support for it in third-party apps.

Google Now is way ahead of Siri. With it, apps can have Mobile Cards, which give users a snapshot of contextually relevant info from the app. And it includes links that will drive people directly into the app.

Take Facebook (the third most popular Android app ever): You find out a long-time friend is nearby because Google Now alerts you. But you haven’t seen that friend for ages — you have no idea what he’s been up to. So you click on a link from the card into the app to do some research. While you’re there, you not only check out his profile and recent posts, but you drift over to your feed because you realized it’s been several hours since you last checked it. Engagement.

In a story published in April, Wired made the connection between Google Now and notifications: “It’s a new, smarter spin on notifications. It’s about showing you what you need to know, and speeding up the process of finding what you want to know.”

We agree: Google Now is part of an evolution of notifications. And here’s the thing about notifications: They drive more usage of apps. As will Google Now.

3. Apps and the Web are Becoming More Connected

One of the improvements Google made at I/O was to improve deep linking between apps and web pages.  Developers can verify their links to tell the Android operating system which app to open — rather than requiring the user to choose. The connectivity between apps, web pages and emails continues to get better to the point where the transition between them becomes less noticeable.

Google Now has a place in this, too, as it’ll surface a combination of web and app content based on your context. And based on what we’ve seen, Google Now will help prioritize app content, as it should. If you have taken the time to download an app, you probably value its content more than what you might find on a website.

What History Tells Us

In the process of doing a little research for this post, we stumbled upon a different story with this headline: “Why Mobile Apps Will Soon Be Dead.”

And one of the quotes: “The seeds of destruction for both iOS and Android app stores have already been sown – by none other than Google.”

The source is the prestigious MIT Tech Review, and the date was May 19, 2011. Four years later and the app stores are still going strong — in fact, there’s now an estimated 1.5M apps available on Google Play. That obituary was premature to say the least.

Friday’s Wired story wasn’t the first and it probably won’t be the last story that suggests mobile apps are going away.

But we’re pretty sure apps, and the mobile platforms they live on, will continue evolving and delivering even more engaging mobile experiences than ever. Thanks in no small part to improvements to tools like Google Now. It’ll be a boon for apps.