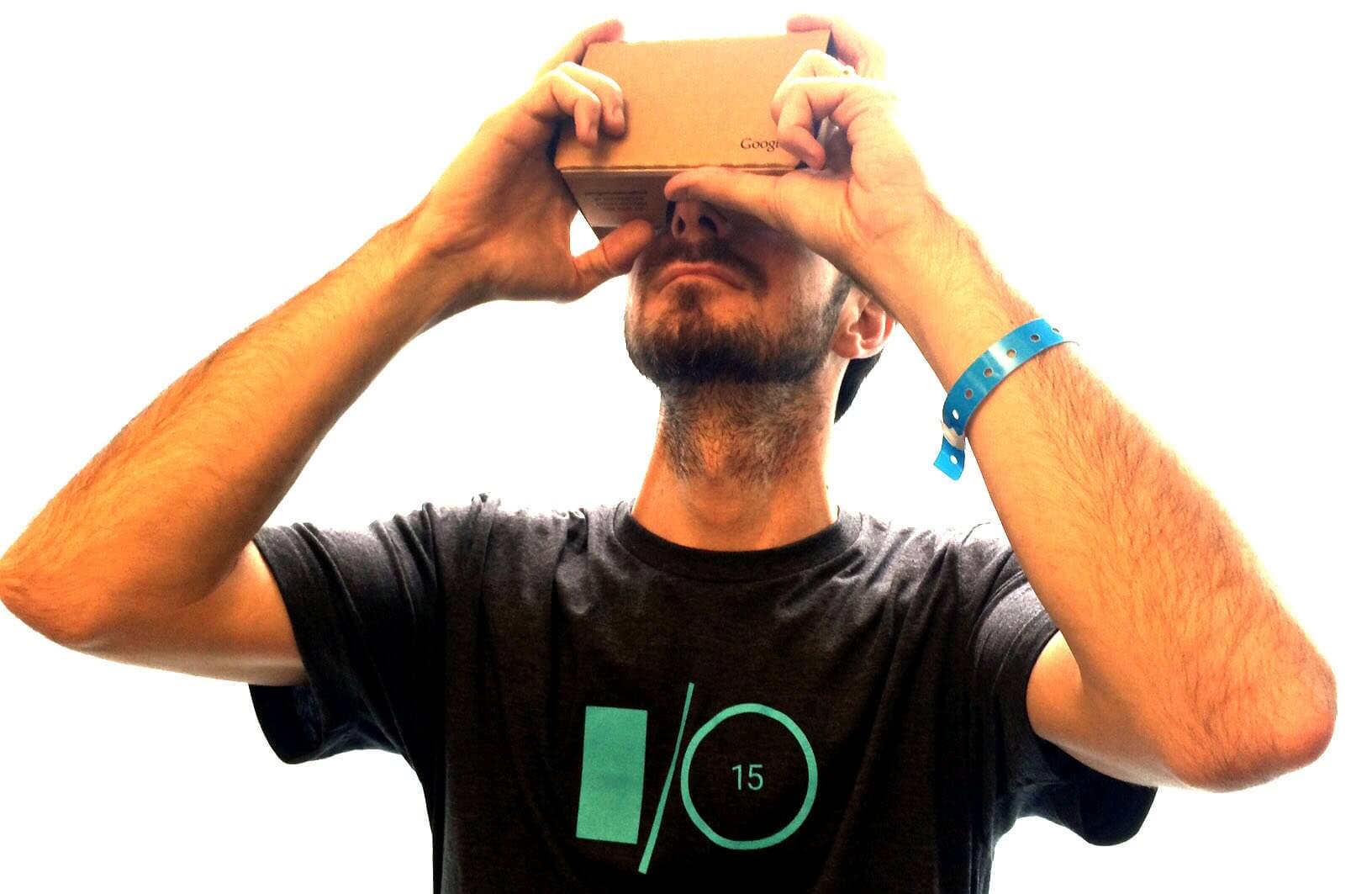 The scrutinizing of yesterday’s Google I/O developer conference keynote address is well underway. As expert Android app developers, we of course were hanging on every word. We had a team of attendees at Moscone Center in San Francisco, and many of us watched the live streaming event and were group chatting about it on Flowdock.

Here are our collective takes on the stuff that matters most from the Google I/O keynote — along with a few other observations and things overheard as we watched the event.

The Most Important New Thing For App Developers Is… Weave

Weave, Google’s home automation solution, unifies the way that users and devices communicate with each other. They’ve defined semantics for controlling everything from lightbulbs to door locks. Sound familiar? That’s because it’s exactly what Apple announced with HomeKit last year.  By contrast, Google’s Weave looks like it’s actually close to being market ready (which means developers and businesses can finally get serious about developing real solutions). While Weave is Google’s underlying IoT protocol, Google also displayed a fully designed logo at the I/O keynote, suggesting it may also evolve into a consumer brand sooner than later. HomeKit, on the other hand, is a developer facing technology without any apparent consumer-facing brand. Although, surely we’ll hear more about this at WWDC in a couple of weeks.

A concern: Since Weave and HomeKit are incompatible with each other — and can both work with Zigbee, Z-Wave, WiFi, and Bluetooth — consumer confusion will continue to be a problem. Meanwhile, device makers may have to take sides on one tech or the other — and segmenting this early-adopter market could slow progress.

Google announced its Google Cloud Test Lab, based on Appurify, a service Google bought last year. What we found interesting is the pricing model: It is free for the top 20 devices (by market share). Then, Google plans to sell access to more devices on a paid service plan. What we like about this approach is that it hooks developers into the value of automated testing. For app development companies like ArcTouch, we’d be able to provide access to a broad set of devices for automated testing for free, and our customers can choose to buy access to more devices, effectively expanding the QA on their apps for a reasonable price. ArcTouch becomes a sales channel for Google Cloud Test Lab without even knowing it.

The new conversion funnel for Google Play represents an important step in the maturation of app marketing. It shows how many visits your app listing has vs. downloads, and the derived conversion rate. There’s also built-in A/B testing so app makers can test different messages and artwork to optimize this conversion rate. This type of A/B testing has been used for years by forward thinking web marketers, and Google Play analytics has now taken a significant step forward to make app marketing more like the web.

The Most Important Thing for Consumers Is… Google Photos

The Google Photos demo was upstaged only by the announcement that Google is now providing unlimited photo and video storage in the cloud (with some limits on file size). And that’s a big part of what separates Google Photos from the plethora of other attempts to create a more fluid approach to managing photos — but it doesn’t stop there.

As a CNN headline put it, “Google’s amazing new app is like Gmail for your Photos.” Free storage aside, it’s hard to put into words just what makes it better — but we’ll try. Think of it this way: Google is the king of harvesting data and machine learning. Google Photos cleverly identifies patterns and creates links between images so that you don’t have to. As an example, Google Photos automatically created and suggested a slideshow for one of our colleagues who’d recently taken a family trip to Southern California. One button tap later a group of us we’re watching a pretty nifty slideshow with built-in transitions and effects it would take hours to produce in other digital media software. Another use case: Want to see a montage of photos about your favorite feline? No problem, just search for “cat” to find all images of your furry friend.

We do have a couple of concerns, however. Storing photos is expensive. Will Google eventually try to monetize this free service with ads? Reports are that Google will not. But unclear if that’s for now — or always. Also, the license agreement reads as though Google may have rights to use your photos for promotional purposes. Hmmm.

Google finally blew up its notification and permissions system — and made it much more like Apple’s. Instead of an app user being forced to opt-in to all notifications and data sharing in order to install an app, they will be instead be given the choice at the time when certain features are being used. It’s a big improvement for everyone — and one that is long overdue.

Developers can now verify their links to tell the Android operating system to open a specific app — rather than the user having to choose which application they’d like to open. Deep linking has long been a pain point with users when clicking links between web pages, emails and apps; this is a welcome step for both consumers and developers.

While there’s only so much you can cover in a 2.5 hour keynote, Google shied away from some of the more visionary, hotbed topics in mobile — including wearables, healthcare, VR and upcoming hardware.

Many (including us) thought there was a chance Google would make a big cross-platform play by extending Android Wear to iOS — but it didn’t. We were disappointed overall in the lack of progress with Android Wear — Google’s news seemed mostly like catchup-to-Apple-Watch features, including a quick demo of a nifty emoji translator that takes a finger sketch on a watch screen and converts it to an authentic emoji (yes, we just used the words “authentic” and “emoji” together — oy).

We were also hoping that given Google’s expertise with big data and analytics, it would address opportunities around mobile and healthcare — as Apple is with its ResearchKit.

Virtual reality continues to be a huge story — and it was a big focus for Facebook at the recent F8 Conference. But at the I/O keynote, it was a quick hit reference including an announcement of Cardboard 2.0 and — NEXT topic!

Outside of Cardboard 2.0, there was very little talk of new hardware in general. Though lines to pick up a complimentary Nexus 9 on Friday were long, Google did little to excite hardware junkies about upcoming devices. Of course, it is a developer conference, but Google has spent more time hyping new hardware at past events.

All in all, Google seemed content focusing its keynote on evolutionary improvements to Android rather than revolutionary ideas. And maybe that’s the right thing given the plight of high-profile announcements of projects like Google Glass still fresh in our minds. But it still was disappointing not to see a little more futuristic vision from Google, so to speak.

Part of the spectacle of show keynotes like I/O and at WWDC is seeing the reaction to different unveilings in real time. Here are a few of the comments overheard within the confines of ArcTouch during the keynote: