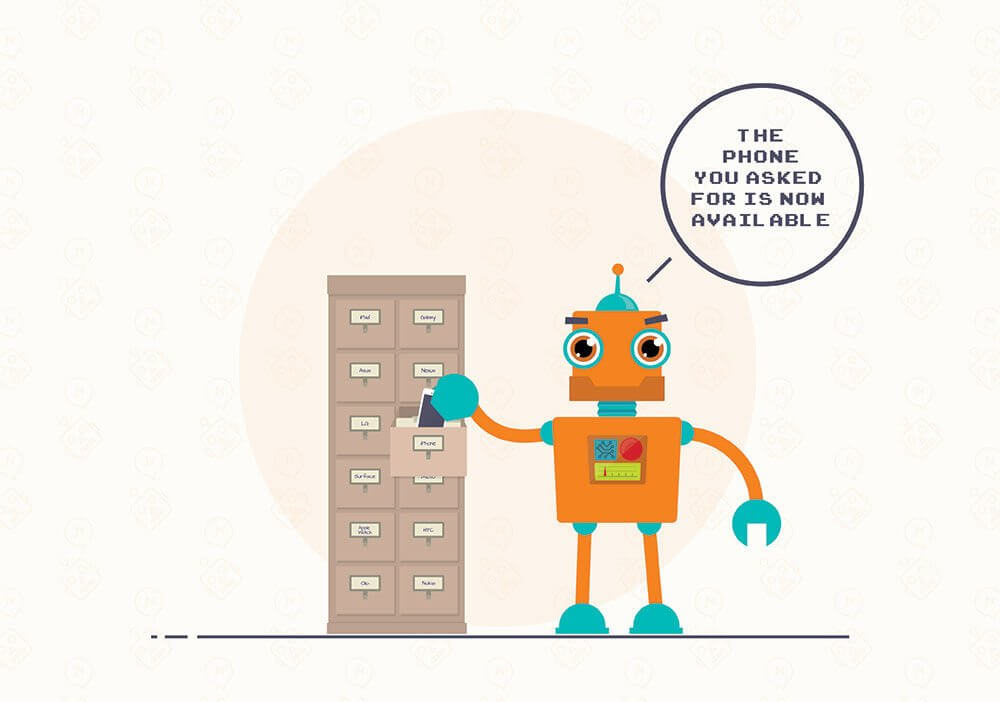 Our mobile developers and QA team rely on a library of tablets, smartphones and other devices to test their work. That’s because testing apps for bugs, code changes and new designs on the same real devices consumers use can greatly reduce the chances of glitches. But with the dozens of projects we have running simultaneously, managing this vast library of test devices became a real problem for us — and enterprise bots offered a real solution.

Enterprise bots to the rescue

To help keep better track of the test devices and eliminate frustrating searches for the right device, we came up with a unique approach: build an enterprise bot that automatically notifies staff when a device is checked out or returned.

The idea sprung from an internal hackathon ArcTouch held in January. One of our projects was to create an online device checkout database. From there, we built a chatbot on Flowdock, our company’s internal group messaging tool, that integrates with the device database. Together, this combination of technologies, called iHaveIt, lets employees check out and return devices, as well as find out who has what device at any given time by accessing the inventory database. Our intelligent bot was built using the open source framework, Hubot, and now largely automates, eases, and expedites the process of checking out devices and determining their whereabouts. 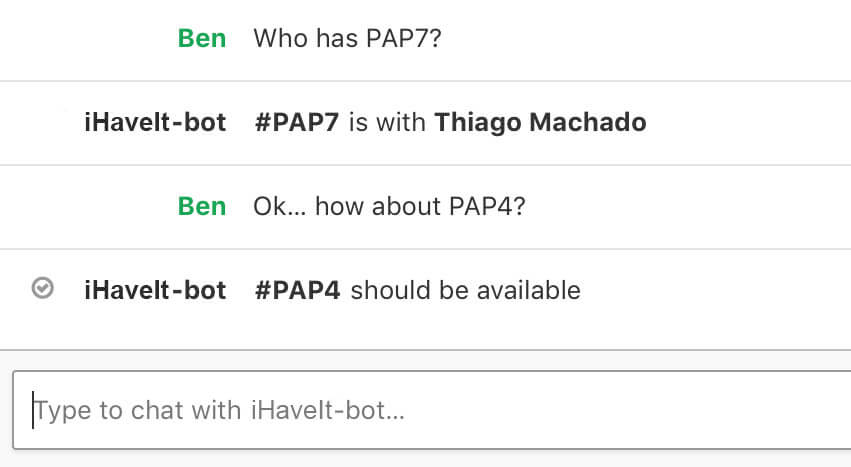 The business case for building the bot was simple: On Flowdock, our team members were already asking each other who had which device. So, why not leverage what’s already happening and build a bot that answers those questions? The Flowdock platform already supports enterprise bots, so it gave us a clear path. Instead of having to ask everyone in the company who has a particular device, and potentially getting no response, why not just ask a bot who has device #105 and get an immediate response?

Our bot-driven device checkout system is a far cry from our previous paper-based incarnation, which consisted of notes written on index cards.

In the past, employees were constantly asking on Flowdock where devices were. The person who actually had the device might not see the question and then, three days later, someone would reply to say they had it at home.

Our internal Flowdock bot changes all that. In addition to being able to check devices in and out, the system features a notification tool that alerts our app designers and developers when a particular device becomes available again. Alerts can also be sent when a developer picks up a device that has already been checked out by another employee.

We’re already reaping significant benefits from our bot-driven device inventory system. For starters, by replacing the time-consuming, paper-based process with an internal bot and web application, iHaveIt frees up our app developers to focus on building great apps rather than hunt down devices.

From a project point of view, having our device inventory database up-to-date and current means that projects won’t be blocked for hours because of missing devices that are the key to validating the expected behavior of our apps on different platforms.

But that’s not all. By providing accurate and timely information on a device’s whereabouts, the system eliminates frustration by those on deadline who need a device in hand immediately. That may sound overstated — but in an agile environment where we’re constantly under pressure to complete tickets for that week’s sprint, the last thing our devs and QA team need to worry about is tracking down a missing device.

Even more impressive is the potential enterprise bots like ours now represent for other types of product development applications. Consider, for example, an internal chatbot that lets you easily query or update JIRA ticket information, or automatically alerts employees when a project has been completed and provides status updates on projects based on predetermined milestones. The possibilities are endless. And, in fact, we have other internal bot projects in the works. We’ll certainly let you know what we learn.

Eating our own dogfood

We are a big believer in the potential for chatbots — both consumer-oriented brand concierge bots and enterprise bots for employees. And now, after “eating our own dogfood” and seeing how a custom enterprise chatbot improved our own employee productivity we’re even more impressed.

Want to learn how a chatbot or another enterprise mobility solution can help your company? Download our free chatbot eBook.