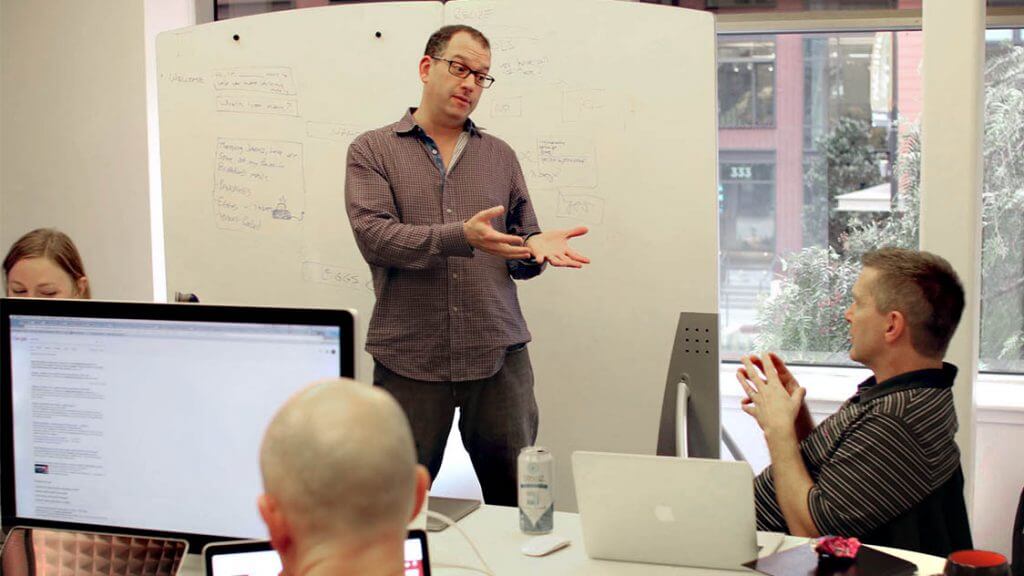 Eric N. Shapiro has spent the better part of the past decade trying to convince business leaders that mobile could transform their business — an idea he admits is not nearly as hard to get across today as it was when he and his business partner Adam Fingerman started the company in 2008. 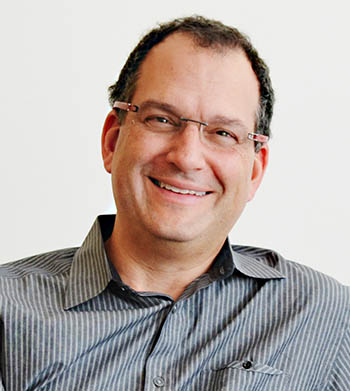 “Most people today embrace the concept of mobile first,” says Shapiro, whose team has created and published more than 400 apps for a wide variety of leading brands since the original App Store was launched. “Now it’s time to reimagine how these apps are built behind the scenes — with blockchain.”

“The goal of BlockFirst is to challenge those same companies that have adopted a mobile-first mindset to think blockchain first,” Shapiro says, “to enable new processes and offerings for their customers, partners, and employees.”

Shapiro, the driving force behind the new service, believes that blockchain will be every bit as disruptive for today’s businesses as the onset of mobile. Especially, he says, for “industries that are highly regulated — like banking, life sciences and food production.” In those industries, creating decentralized, historical records of monetary and informational transactions has huge value for both businesses and consumers. And blockchain has far-reaching implications — going well beyond much-hyped cryptocurrencies like Bitcoin.

We recently interviewed Shapiro to ask him his view on the potential of blockchain, and to explore why ArcTouch is becoming a DApp development company to help businesses take advantage of blockchain.

How will blockchain affect mobile?

Blockchain doesn’t really affect mobile, at least as far as the user experience is concerned. It’s more that mobile is an enabler for blockchain, and that blockchain enables new functionality for mobile users. One of the main benefits of blockchain is that it serves as an unchangeable, or immutable, historical record for different data events — whether it’s for tracking purchases or other kinds of information. But that data needs to come from somewhere. You need a tool to transmit this data, whether it’s making a payment, scanning QR codes, taking pictures, or sharing your location. That’s where mobile comes into play — mobile phones and other connected things become the tools to perform these transactions and communicate to the blockchain. And mobile, as it is today, will in many cases be the front end for how we as users experience these transactions.

“There’s no better way to understand blockchain than starting with a proof of concept.”

Specifically, with a mobile app, you can add a record to a blockchain with all the data the phone has, such as GPS location, timestamp, or QR code. And similarly, a mobile app can query the blockchain, perhaps by scanning a QR code to quickly pull up and verify past records and transactions. A mobile app performs the inputs and outputs for the blockchain.

People still have a hard time understanding blockchain — how do you explain it to people?

Think of blockchain as the world’s simplest database. It’s just a list of information, and that list is shared equally with all the users of the list. Everyone can look at and verify the list. But instead of living on a computer or in a cloud server, it’s accessible everywhere, by everyone, and it’s uncensorable. No one can hide something that happened — or change the historical sequence of events.

People have a hard time understanding blockchain because it has no face. Blockchain is infrastructure, and a better type of infrastructure for certain applications. But you don’t see it. Users won’t necessarily know that blockchain is the behind-the-scenes technology powering the app.

There are many possible use cases of blockchain for business. Which do you think are most interesting?

Well, I always think first about industries that are highly regulated — like banking, life sciences, and food production. Having an immutable record of the path different goods take from production through delivery could be incredibly valuable. As a consumer, wouldn’t you like to know where your prescription medication came from, to see that history, and know that the chain of custody was unbroken and verifiable?

In our recent blockchain hackathon, we had a few development teams build proof-of-concept DApps that really caught my attention. These blockchain solutions enabled new functionality that could not have been done, or would have been a lot harder to do, with existing infrastructure technologies. One in particular was a simulated commercial aircraft maintenance application. Airline inspectors would go through a series of checks, then record a pass or fail — or prescribe any maintenance to be performed. The record of these checks would be permanently stored in a blockchain. The team told a pretty powerful story about an Alaska Airlines flight that crashed two years after an inspection revealed a faulty part. An inspector identified the problem, but the work to replace the part was never performed. And there are various reports as to why the part was never replaced, but no consensus. A blockchain solution today might help avoid similar catastrophes — or at least make the history transparent.

Why do you think ArcTouch is well-positioned to be a DApp development company and help businesses with blockchain strategy?

We’ve been designing mobile apps since the dawn of the first app store. But more than that, we’ve developed the technology that powers those apps. No app is an island, and much of our time spent on projects is the work spent connecting the front-end application to the data sources, legacy systems, and functional back-end services to make the app work. Blockchain is just another infrastructure service, one that uses a new open API to access the decentralized record of data, rather than using SOAP, REST, or a proprietary API to access a centralized web service.

Of course, we’re also pretty excited about how Blockchain is different, and in many cases better, than traditional web services, enabling new types of applications and functionality. We have some great experience developing proof-of-concept DApps.

Can you explain how a decentralized app is different than a typical app?

To be honest, I don’t like the term DApp, even though that’s what everyone is calling them. At the heart of it, applications that use blockchain are still apps. The app itself is not decentralized — the app is the front-end embodiment of how users will interact with and experience the functionality. But the back end that powers the app is decentralized. Nobody calls an app a “Web Services App” or an “SQL Database App.” So why are we calling them DApps? Probably because “The Same Mobile App You Already Use That’s Now Connected To a Decentralized Immutable Transparent Database” is a mouthful.

Why does the decentralized aspect of blockchain matter?

The main reason blockchain is a revolutionary concept is because of how blockchain-based apps are decentralized. People, companies, and entities can complete a transaction — whether a payment or exchange of information — without a central authority, in a peer-to-peer manner. This eliminates the need for a trusted middleman — and has the potential to speed up a transaction, and reduce transaction costs.

This idea of the “trustless” transaction will take some time for people to fully embrace, but it will happen. This is one reason why companies need to be exploring blockchain today. Eventually, business will be done peer to peer, and companies don’t want to be stuck with operations that are slow, expensive, and require middlemen.

Is data on a blockchain totally secure?

An individual block of data that is recorded on a blockchain is typically encrypted in the form of a digital signature called a hash. It represents the record of an event or transaction. That hash is secure, and it cannot be reversed back to its source data. But it may only serve as a reference for information or assets that are stored off the blockchain in a traditional database or file system. That database may not be secure. But because blockchain serves as the record of that piece of information at a given time, it will be clear if there’s an unauthorized change to the database. If someone hacked or altered the off-chain database, that blockchain record would help us quickly find out what happened.

What’s the best way for businesses to get started with blockchain?

It starts with learning about the technology — and once you understand how it relates to your business, that’s when you can start to apply it. There’s no better way to understand blockchain than starting with a proof of concept. Our BlockFirst blockchain development services typically start with a discovery session — first defining the opportunity and then mapping out the feature set of a blockchain solution. Then we can build out the proof of concept — a prototype DApp development project — and of course, from there we’ll work with you to determine the viability of commercial blockchain deployment. It’s pretty simple way to get started and fully understand the promise of blockchain for your business.

Why do you call it BlockFirst?

Over the past decade, we’ve helped companies develop a mobile-first mindset. Instead of bolting mobile onto existing software-based experiences, they learned how mobile created new opportunities to transform business. Now it’s time to reimagine business opportunities with blockchain-based apps. This new technology shift will be as significant to businesses in the next decade as the mobile revolution has been to the past decade. Forward-looking business leaders need to plan their blockchain-first strategy now — hence BlockFirst.

It’s obvious you’re excited about blockchain for business. But what excites you most about it as a technologist?

The underlying technology that will drive blockchain is certainly interesting — and changing fast, as it’s still very early days. But the best part of digging into any emerging technology is understanding the potential of it, including exploring how the technology enables a new set of solutions, offerings, and functionality to a company’s customers, partners, and employees. I’d like to believe we’re pretty good at explaining that potential. ArcTouch has been using different technologies to solve some fascinating business problems for the past decade. I expect blockchain will play a big part in how we tackle business problems for the next decade as we become a DApp development company.

BlockFirst from ArcTouch helps companies transform their business processes through blockchain decentralized apps and ledger technology. We offer free consultations — so let’s set up a time to talk: