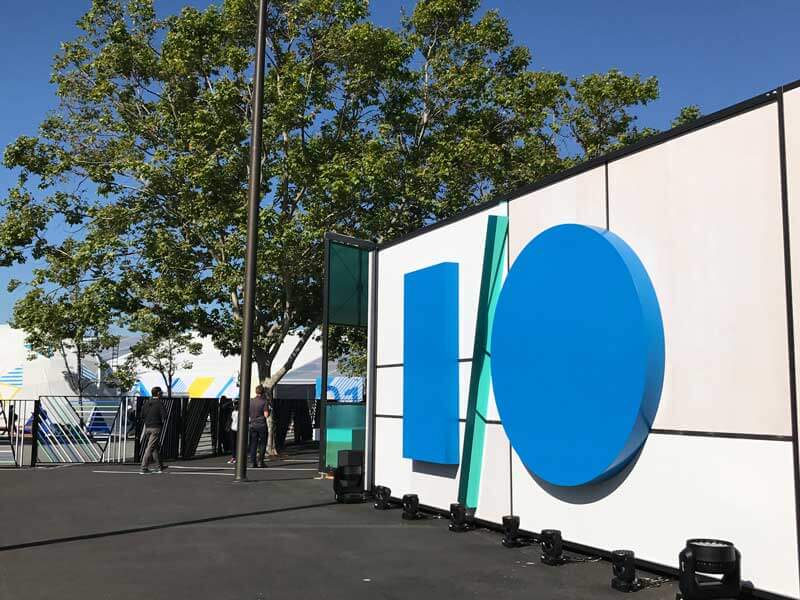 The dust has settled in Mountain View from last week’s Google I/O, the tech giant’s annual developer conference. But those of us in the industry are still in the process of digesting the news from last week — and what it means for our businesses. As the lead Android developer here at ArcTouch, I paid particularly close attention to the news around Android O.

This year, Google released the first version of Android O back in March — but it saved a lot of the goodies to announce during I/O. The company also released version 2 of its Android O developer preview, which it describes as a “beta-quality candidate.”

Below is a roundup of the 11 things that we believe are most important for our clients — and things app developers need to understand as they begin building experiences for Android O. We start with Google’s two major themes, “Fluid Experiences” and “Android Vitals.”

In a nod to the importance of UX, Fluid Experience represents a set of features that will impact how people experience Android. Of course, designers and developers need to understand how to implement these features in order for Android O to deliver on that promise.

It can be painful to flip between apps when you are actively using more than one at a time. Android O includes a picture-in-picture mode (like many TVs) because, as Google execs have said, evenly splitting up the screen real estate on a small device would make doing anything in either app difficult. The primary use case here is to enable video/audio playback in a small pane while doing things in other apps like taking notes. Developers must specify whether their apps can go to PIP and how the users will choose that from within the app. If an app includes videos, they will need to change how the app handles playback. For the app that persists in the full screen, there’s no need to do any code update.

Using machine learning, Android O will help people more easily select whole phrases of related words — things like business names, addresses, phone numbers and more from the text. For example, let’s say ArcTouch’s headquarters address appeared in an email as 340 Brannan Street, Android O will see an association between those three words. So, if you want to click on the full address and launch Google Maps, you simply need to tap on one of the three words (340, Brannan, or Street) and the whole phrase will be part of your selection. The good news for developers is that this will work for any app by default — there’s no need to add links to text or make any changes to the code to support this feature.

Autofill has been around for a while on the web, and now it’s part of Android O. That means that any applications running in Android O can pull from user data to make suggestions on different form fields. This is great news for any apps that have a detailed onboarding process and for e-commerce applications. Any app will benefit from this feature by default, but developers can optimize the performance of it by telling the operating system the expected data type for each line of the form.

There’s no company, with the possible exception of Amazon, that’s investing more in artificial intelligence (AI) and machine learning than Google. And Google wants all applications to take advantage of that investment with the introduction of TensorFlow Lite on Android O. When released later this fall, it will allow app developers to take open source TensorFlow AI and use it to build smart application. As Dave Burke, Google’s vice president of engineering for Android, said during the keynote: “We think these new capabilities will help power a next generation of on-device speech processing, visual search, augmented reality, and more.”

In Android Vitals, Google has a load of new features designed to keep the Android app marketplace secure and help developers optimize the performance of their apps. Here are the most important ones:

Google spent a lot of effort bolstering user security and emphasizing this in their talks at I/O. In the keynote, executives made it clear that no app goes to the Play Store without being inspected. Apps on the store are scanned for threats on a daily basis (to the tune of 50 billion apps per day). And after people install apps on their phones, Android O will run increasing security checks — even if an app is from an unofficial app store. Beside all this, Google announced Google Play Protect. Free on Android O, it will offer ways for you to check if you have a malicious app, proactively warn you about suspicious apps — and even help you to find a lost phone. So, what does this mean for developers? If you’re a good developer, nothing. It just means that shady developers will have a harder time getting their apps to market.

Google made several improvements to Android O that will improve the boot time of Android devices and improve overall performance, memory management and battery consumption. First results showed that the boot time of Android O on Pixel is twice as fast when compared to Android N. A lot of the benefits will come for free to app developers due to under the hood enhancements. But Google placed more stringent limits for things like location sensing, scanning for wifi networks and background executions. Businesses that want to support Android O will need to comply with these standards. 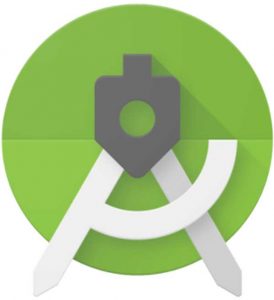 While not directly related to Android O, we’re excited about the release of Android Studio 3.0 for three reasons. First, it has several improvements to help identify (and fix) performance issues. It also includes support for larger app builds because of the increased speed of Gradle, a plugin that developers use to build android packages (apk files) for production. Last, and perhaps the most welcome news for us Android developers, was that Google included official support for the Kotlin programming language. If you missed this, we recently wrote about how we chose to use Kotlin instead of Java as the primary programming language for a mass-market Android app we completed.

Google also launched the Android Vitals dashboard on the Play Console. The new dashboard will show how an app is performing, identifying common issues and ways to address them. Google’s intent here is to give developers immediate and actionable metrics on how apps are working in the hands of opted-in users, including render time, power consumption and stability. Like many of the different top app analytics tools available, Google’s new dashboard is particularly helpful after launch for marketers and product teams trying to optimize the performance of an app and grow their user base over time. 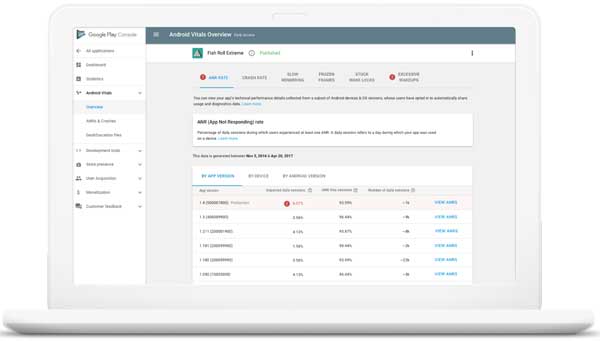 Putting Vitals and Fluid Experiences aside, Google had some other Android news that developers need to know, starting with Android Go. Android now has 2 billion monthly active users (smartphones, tablets, Android Wear devices, Android TV and others) and Google wants more. For that they announced a new OS, Android Go, optimized for low-end devices and targeting emerging markets. To encourage developers, Google will feature optimized apps that follow the best practices for APK size, offline features, memory and battery consumption and more. For developers trying to reach these markets, the most-important requirement to understand is file size: apps must be under 10MB. 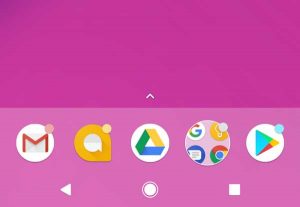 11. Instant apps for everyone (who wants one)

Last year at I/O, Google announced Instant Apps, a way for companies to publish lightweight apps that allowed users to experience those apps without downloading and installing them. Until now, this feature was only available to a small number of developers. But now it’s available to any company. An instant app is a great solution to remove the friction to app downloads, potentially increasing the reach of your app by offering a native experience that can be accessed by simply clicking on a URL. Instant apps are also a great solution for one-time experiences such as a museum app or a stadium app. There are some file-size and feature limitations — but it’s still possible to create compelling experiences and even drive revenue via e-commerce without a download.

Are you ready for Android O?

There are lots of new features to consider. If you have a current Android app and are thinking about updating it for Android O, we’re happy to take a look at your app and offer up some free advice. Let’s set up a time to talk.