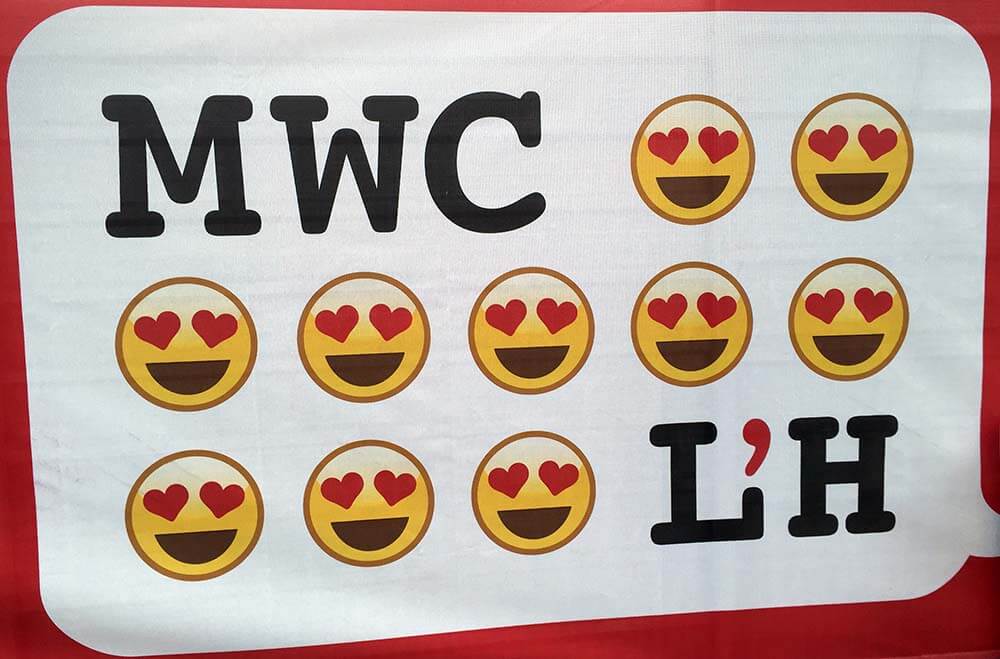 Mobile World Congress (MWC) 2015 wraps up today. Eric Shapiro and I have finished our official ArcTouch business and we’re ready to catch a nap … and a flight back to San Francisco today.

Overall, it was a great week. Personally, this was my first trip to Barcelona and it was wonderful — great food, friendly people, and a fascinating city that succeeds at merging its rich history with modern amenities.

We had some productive meetings — the results of which you’ll hear more about in the future. And our Atlanta Pulse app, developed in partnership with our friends at Razorfish, was a huge success according to our client, the Midtown Atlanta Chamber of Commerce.

The scene inside the convention center was … truly a scene. As Mark Sullivan of Venture Beat put it, it was “a blur of crowds and phones and bright lights and mild headaches. And a lot of phones.”  Here are some of the things we saw (or didn’t) in the convention center and around town that stood out:

We saw lots of new wearables and smart watches from both large manufacturers — like Samsung and Huawei, including this one from Huawei that we think is great — to the smallest of unknown companies. We also saw several Apple Watch imitations, pretty blatant knockoffs. Price points started from sub-$100 on up.

Virtually all of the watches offer users these five basic functions: notifications, email, SMS, calendar, and activity monitoring. These represent the 80% of the things we think you’ll do on a regular basis with your smart watch. Which means Apple and Samsung may have to work especially hard to convince people to spend hundreds of dollars more to justify the other 20% of things.

Not the Uber You’d Expect

Uber isn’t available in Barcelona. At least not the traditional ride-sharing service that we expect when we think of Uber. Because of the local taxi license regulation, Uber is instead using its platform to deliver food — and many, including Harvard Business Review, think this local experiment has the chance to be disruptive. We think it’s great how Uber was able to make “limonada de los limones” and it’s further evidence of Uber’s grander ambitions to be more than just ride sharing. More to come on that in a future blog post. (Make sure to subscribe to our blog so you’ll get periodic emails about our new posts). 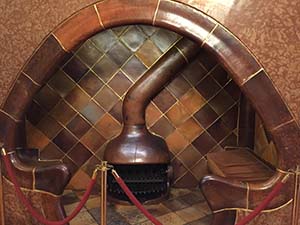 We were blown away by the amazing creations of Antoni Gaudí, whose architectural designs blended art and nature into progressively modern structures. Gaudi was a pioneer in user experience, creating spaces that were more functional and comfortable to live and work in. Like this fireplace, which took a basic utility (heat source) and added a delightful and social experience with integrated seats, designed with natural curves that makes it more like the shapes you find in nature. He was living proof that design matters and can transform the ordinary into something extraordinary. 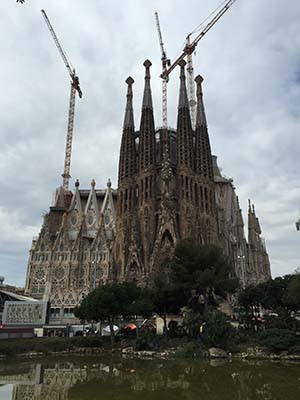 La Sagrada Familia church was unlike anything we had ever seen before. Design and construction of this magnificent whimsical structure was started more than 100 years ago and continues today. The downside: This perpetual construction means cranes and scaffolding are forever part of the backdrop. A shame. Easy for us in software to say, but perhaps an agile approach to architecture and construction could help avoid this. Define an MVP, build it, then iterate.

IBM has been steadily building a pretty powerful enterprise mobile development ecosystem, highlighted by its BlueMix platform for building and deploying mobile and web apps, and the new MobileFirst initiative (currently in beta) that promises easy integration with enterprise back-end data sources, along with some robust management tools. MobileFirst was a big focus at IBM’s recent Interconnect 2015, and this week at Mobile World Congress, IBM held its own four-hour “conference” focused on MobileFirst. We expect IBM’s efforts to become a real boon for enterprise developers and admins, and internally we’ve been experimenting with some of the new tools available (more on that soon!).

A popular drink in Barcelona is cerveza mixed with lemon Fanta, which is called a Clara. It’s a combination I never would have thought up, but it’s delicious and proves that you can delight people by adding something unexpected (sparkling lemon flavor) into a core offering (beer). Sounds like another great analogy for successful app development. Take a core app or app MVP and add something unexpected or delightful to increase user satisfaction. We try to do this with every app we build.

MWC was the epicenter of the mobile tech universe this week — but in typical Apple fashion, the world’s largest company was not exhibiting. Apple certainly could have afforded a booth, and it’s odd and unfortunate because the company is such an important piece of the mobile ecosystem. Meanwhile, Google and all of the Android manufacturers/partners were out in full force, along with the fuzzy cuteness of the “be together. not the same” ad campaign. No surprise, though, about Apple’s lack of presence at third-party events — for better or for worse, it’s part of what makes Apple different.

You might look at this and immediately think it’s gadgety, but we were impressed by this hybrid device that serves as an iPhone protective case, extends your iPhone with a bluetooth connection, and can operate as a separate slim GSM phone if your batteries run dead (or if you need separate phones for business and personal use). The Wime T1 TalKase Mini Mobile Phone — which started as a Kickstarter project — comes in one tidy little package. So tidy that we picked one up and slipped it into our luggage to try it out when we get back to the U.S.

Maybe it’s my mobile app developer periscope, but everywhere I looked in Barcelona, there was something to be learned that we can apply to our craft. Design that blends usability and natural form factors. Construction projects with a long roadmap. The local drink that surprised and delighted me, like a good app that offers something unexpected. It’s easy to see why Mobile World Congress has been hosted here since 2006. We’re already looking forward to next year.