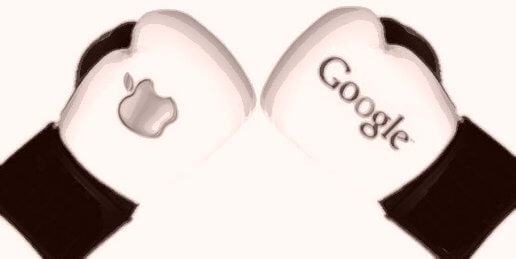 5 Reflections from WWDC and I/O

With WWDC and Google I/O, June is like a holiday of sorts for developers — just without the time off. We get a bunch of toys from Apple and Google: new operating systems, SDKs, and even some hardware. And now it’s time to play with these toys, until a year from now, when we’ll do it all again.

As the CEO and Founder of ArcTouch, I relish the challenge of helping our teams and our clients turn what we learned in June into business opportunities. From my seat, here are five reflections that matter most:

Apple and Google are trying to deliver similar user experiences. Both companies envision a world where a user has multiple devices and an experience started on one could end on any other. The clear example: an iPhone user can now take a call on the Mac as part of what the company referred to as “Continuity.”

But what makes Google’s Android L ecosystem different is that the brain is in the phone. The new third-party watches running Android Wear are effectively dumb screens (with touch or voice input) that display info provided by an Android companion phone. And using Google Cast, the TV is a another brain-less screen — albeit a very large one — that also can display information from your phone. Apple’s universe — including iPhone, iPad, Apple TV, and even Car Play — is comprised of devices that each have a brain.

Why it matters: Developing apps that work on both platforms and designing for different sized screens becomes more challenging. It’s a fundamentally different process to make apps work the same way when the brain is in different places. When you build an app for the Google ecosystem, you factor in the multi-screen experience with your design, but the bulk of the development and heavy lifting is done with the phone. But for Apple, your approach is device by device. First, iPhone. Then iPad. Then Apple TV. Then Car Play. Then… a watch?

I recently sent an SMS message from my Android phone to a friend of mine who works at Apple. He never saw it because he was expecting all messages on his phone — which he never looked at — to automatically show up on his iPad and computer. If I’d sent it from an iPhone using Apple Messages, it probably would have. But for whatever reason, because it came from an Android phone, “Continuity” broke.

Both Apple and Google experiences rely largely on data that lives in the cloud, but the clouds are different. While a basic text message between iOS and Android phones aren’t an issue today, when you start passing information between two different ecosystems with multiple devices, there’s more chance of failure.

Why it matters: There are two implications here. First, as consumers have more bad experiences like I had with my friend, they will lose trust and stop using certain features. Second, there will be a need for third-party developer expertise to make applications work seamlessly across platforms (and clouds). I use Skype on my Android phone, iPad and Mac computer. When I get a Skype call, all three devices reliably ring. That type of feature can’t be implemented using either Google or Apple’s technologies for connecting devices in their ecosystems.

3. BYOD in the enterprise: Third-party solutions will rule

I’m an anomaly in my circles. A long-time Apple user with both a Mac and iPad, I love my Android phone. As much grief as I get for it from my peers and friends with iPhones, I enjoy the extensibility and customizability that still won’t happen for them even with iOS 8.  When I click on a link in my email, for example, it opens in Chrome because I chose that as my default app. But on iOS, Safari is, and always will be, the default app for links.

I’m just one of the millions of consumers with strong opinions and experience on one platform or the other. And those consumers are asking to use the same tech in the enterprise. That’s why many progressive companies are adopting BYOD (bring-your-own-device) policies in the workplace.

Both Apple and Google introduced new enterprise features that would benefit companies if they were ONLY serving a workforce in one camp or the other. For example, Apple now has cloud services to run the backend of your app. But if you have an app that runs on both devices, you cannot use either Apple’s services, and need to either build your own solution or choose a third-party one.

Why it matters: Unless there’s a virtual monopoly on consumer use, many businesses are going to have to support both Google and Apple systems. And with the growing number of connected/smart devices, there will be increasing demand for third-party applications for the enterprise that work across platforms.

4. Car manufacturers will have to make hard choices

I found the announcements around the car from both Google and Apple to be among the most interesting at WWDC and I/O. Automotive built-in navigation systems are typically awful, so it’s welcome news that many of the leading car makers are supporting Android or iOS as the basis for navigation, entertainment and communication.

With that, the automotive industry will be a battleground for Apple and Google, as each company tries to build its list of partners and grow its ecosystem.

Why it matters: By choosing one platform or another, car companies may fragment their market. And supporting both Android and iOS devices (as Audi plans to do) likely adds cost to the manufacturer.  It may also make the user experience more confusing, especially if hard buttons on the car wheel map to specific functions in one OS but not the other. Any way you look at it, car manufacturers will need a lot of help from usability experts to make these new systems perform at a level that matches the hype.  I can only imagine how difficult this is going to be when my wife and I are driving together in our new Audi, and the interface keeps changing between two entirely different modes.

5. It will be harder to develop for Android L than it will be for iOS 8

There’s a lot to like about how Google framed its “Android Everywhere” story during the I/O keynote. The relationship between all the devices makes a lot of sense, and from a user point of view, some of the capabilities are mind-blowing.

We also think it will force developers to think first about people and experiences, rather than devices, which is ultimately a good thing.

BUT… it will be harder to develop for Android L than iOS 8. The mental constructs you need to go through to deliver a good Android experience are literally multiplied. For example, if you have 6 use cases defined for the phone, and you extend those to a watch, that’s 12 cases to develop for and test. Add the TV screen, and it’s 18.

With iOS 8, apps are still primarily isolated by device, since the brains are on each device — whether it’s iPhone, iPad, or Apple TV.  Plus, with Swift and the new Xcode, app development is going to be way easier and faster now.