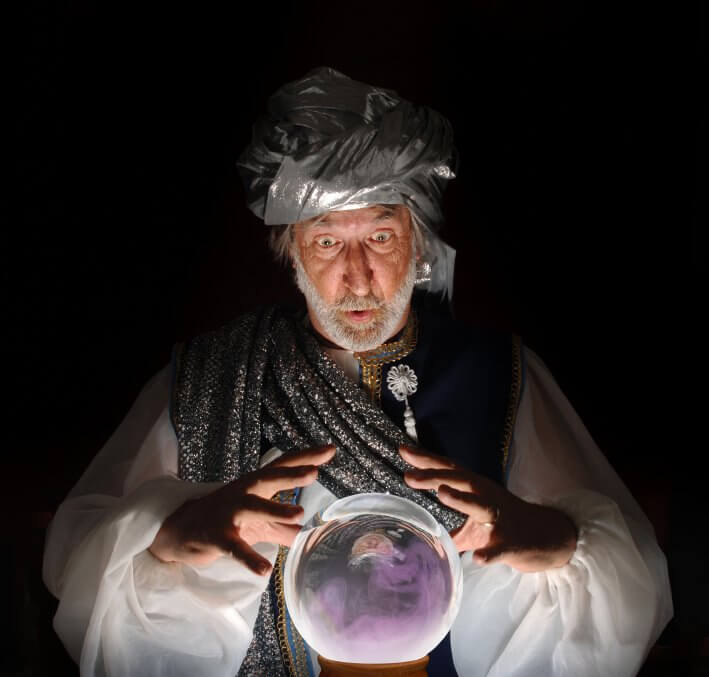 According to the invitation, Apple wishes it could say more about the upcoming Sept. 9 event. While the largest tech company in the world isn’t talking, tech pundits and obsessive Apple fanboys have already starting making bold proclamations.

We’re going to avoid making any Super Bowl style predictions about this year’s Apple event. But I decided to ask a panel of our own mobile experts five questions about possible outcomes from the Apple event. A quick introduction to our participants:

And now for the Q&A, rich with insight… and maybe just a pinch of sarcasm.

What’s the one thing that could happen at the Apple event that would make its fanboys’ heads explode with excitement?

ES: Wireless power. Drop-proof and waterproof iPhone. A Mac notebook that is also an iPad.

AF: Driverless, all electric iCar. But seriously… a waterproof iPhone with a 24x optical zoom camera that doesn’t protrude out the back.

EC: All iTunes content is available for no extra cost via a subscription comparable to Amazon Prime.

BO: Apple’s 2014 WWDC session on prototyping was focused on an app for finding gourmet toast. Pretty sure this was a precursor to the iToaster. Your mornings will never be the same.

MG: AppleTV that is a central hub for all “Internet of Things” devices in your household with a centralized search across all built-in media apps with a third-party app store. OK, maybe it won’t make other people’s heads explode, but it will make mine explode!

If you’re following the event from the Googleplex, what’s the one outcome from the Apple event that would make you most nervous?

ES: Apple licenses iOS to third parties… and Samsung announces the Galaxy I6 with iOS.

EC: Safari implements a 100% effective ad blocker that is enabled by default – choking off all Google advertising revenue on iOS devices.

MG: Apple expands iCloud towards business/enterprise that is a direct competitor to Google Apps & CloudKit availability for all OSes.

What do you hope Apple will do because it will make your life better?

AF: Revamp Siri and make it like Google Now… but better. Get more HomeKit accessories to the market sooner.

EC: Make integration between devices simple.  My parents don’t know what to do with their five remotes and I’m tired of hearing how it took my youngest brother eight hours just to get the universal remote programmed with basic functionality. They are unwilling to go through that to get the thermostat to talk to the toaster.

BO: Make iCloud sync for 3rd-party apps as reliable as it is for Apple’s own services.  My password management database is all jankity between devices.

What do you hope Apple will do because it will make your job better?

ES: Open up the iOS platform even more. Like Android.

EC: Release an iOS device with a 60fps 4K display.

MG: Other than what they’re already doing: a Retina Desktop Display. Just because.

What shouldn’t Apple announce on Sept. 9?

ES: A phablet. An Apple TV,  as in Television. Anything that you wear on your head. An update to the iOS Cards app.

AF: Nothing that you wear over your eyes or your head. No glasses. Ever. Or even anything with the word glass in it.

EC: A lame update to AppleTV that is no better than a Roku.

BO: A competitor to the Google self-driving car.  Maps was hard enough for Apple… world-class fit and finish doesn’t do me much good when I’ve been navigated off a bridge.

MG: What Eric Shapiro (the guy who signs my checks) suggested: “Open up the iOS platform even more. Like Android.”  iOS Extensions = Android Intents done right.

Troy Petersen (@Troy_Petersen) is the marketing lead for ArcTouch. He likes asking questions — so he doesn’t have to answer them.