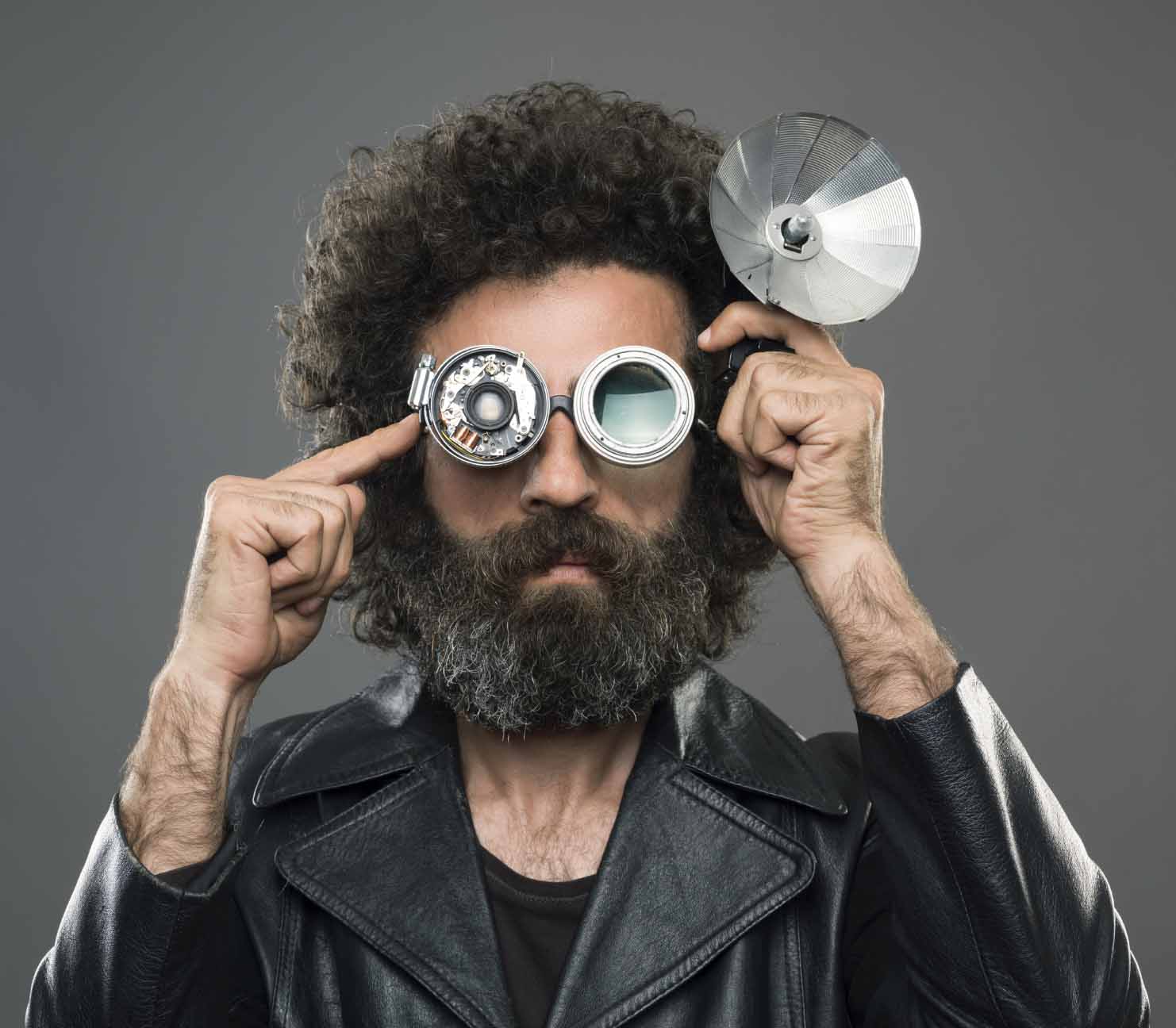 ‘Tis the season to… make predictions about next year. Everyone makes them, and more often than not, they’re wrong. But we thought it would be fun to ask our super-smart team of mobile strategists, app designers, app engineers and execs to conjure up some of their own bold tech predictions for 2015. The results range from the silly to the sublime — but most importantly, there are some thought-provoking responses we think you’ll enjoy. 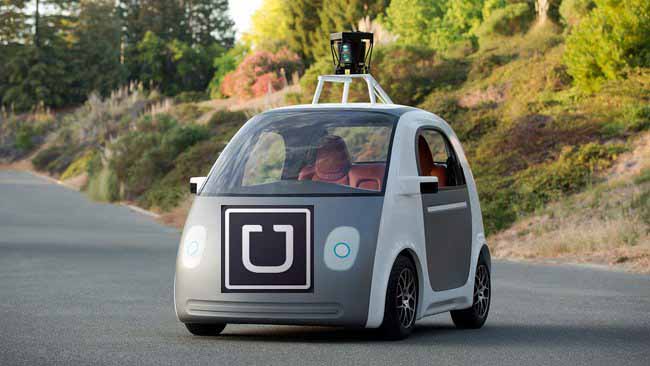 A Google-Uber partnership involving a self-driving car could solve some problems.

Andrea Prearo, Mobile Software Engineer: The Internet of Things will pick up momentum through home automation. The most interesting for me will be the smart refrigerator. It has the potential to monitor its content and, as needed, order items that are running low or are already gone. A very efficient delivery truck will then show up at the house doorstep and deliver the groceries to my trusted robotic butler that will in order store them appropriately and send me confirmation that all is good again.

André Cardoso, Software Engineer: I’m confident that 2015 will bring us flying cars, hoverboards, tennis shoes with automatic shoe-laces, 3D holograms and all that stuff. Just wait until October 21 and you will see.

Bruno Bruggemann, Mobile Engineer: No-screen devices. Devices will be smaller, and it will continue wearable, but able to project the screen over any surface. Like for example, your arm, tables, walls, etc.

Cristiano Souza, Engineering Project Manager: The iPhone will be able to tell someone’s estimated height and weight based on 3D picture technology. And maybe it will also be able to guess a person’s age based on comparison with other images — or face recognition and Facebook integration.

Ecil Teodoro, Mobile Software Engineer: The convergence of mobile and cloud computing will leverage the use of mobile and wearable devices for a broader range of applications. Real time data streams will be used to synchronize data on devices, send context information to the cloud and promote a centralized computing model where more complex applications can be developed.

Eric Chamberlain, Lead Architect – iOS: The FCC will partially classify the Internet as a utility. 3D printers will begin to reach mainstream consumers. And Internet connected household devices will be a prominently featured selling point for Christmas 2015.

Guilherme Endres, Mobile Engineer: The next iPhone will include the same water proof technology as the Sony Xperia, but Apple will launch it as an amazing new feature.

Ismael Stahelin, Software Engineer: We’ll see an update to Apple TV, making it a much more capable media center, and including game controllers, gesture recognition and it lets Siri talk to me. 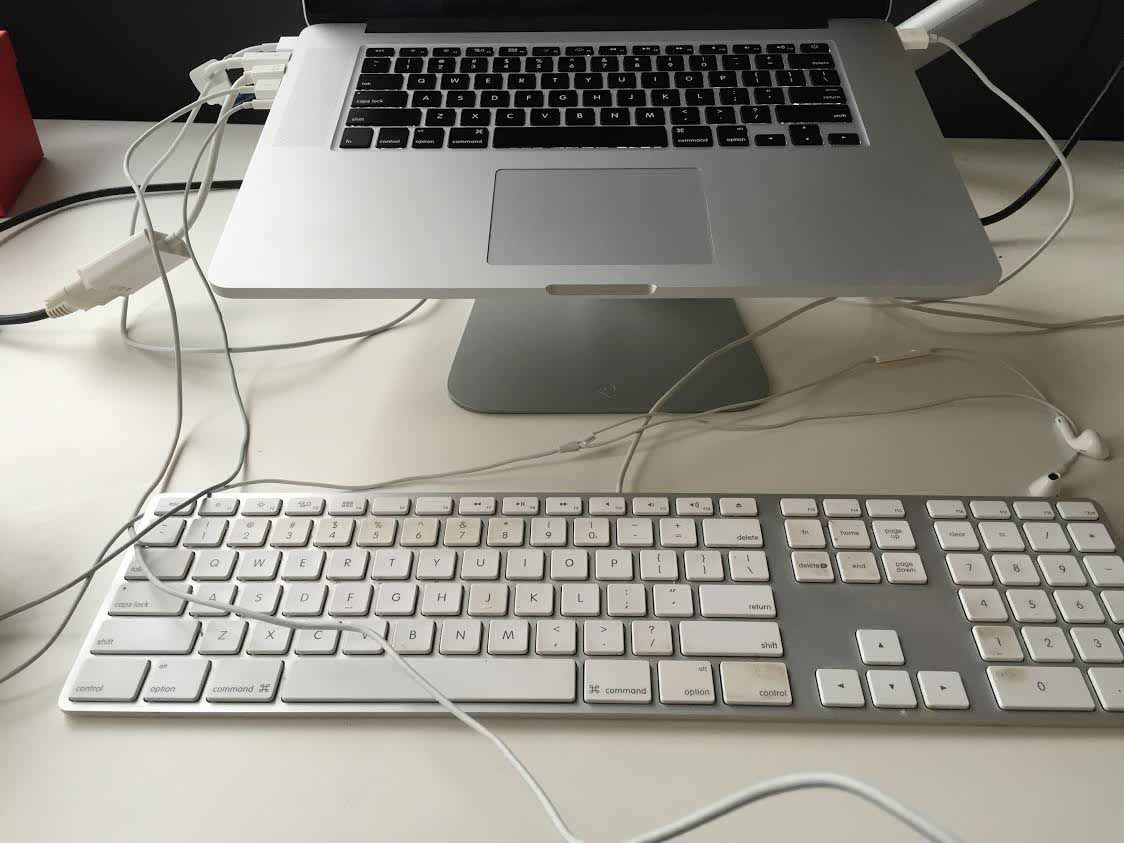 Will wireless charging be realized in 2015? Our Salvatore Bertucci (desk shown here) hopes so.

Jeremy Stephan, Vice President of Client Engagement: FitBit and other wearables will fall out of favor in 2015, with the exception of the new Apple Watch which is going through a name change to Apple Body since it will become embedded on your wrist. Any wearables now known and hereafter devised will forever be known as Embeddable’s.

Paulo Michels, VP Engineering: This will *really* be year for home automation and Internet of Things. An increasing number of crowd-funded projects will drive wide-spread interest from the masses, not just techies.

Richard Muttett, Software Engineer: I think that 2015 will see the Internet of Things really take off. However, I think that cyber-attacks will escalate and I think that we will see exploitation of the vulnerabilities caused by IoT’s growth and relative immaturity.

Salvatore Bertucci, Product Designer: Uber partners with Google on self-driving cars to pick up and drop off people at their destinations. With all the controversy around Uber lately (rape allegations, accidents, etc.), it might not be a bad idea to put a computer behind the driver’s wheel. And please, wireless charging — I really hope this one comes true. I mean, come on.

Sam Leung, Client Services Manager: The Apple Watch will be delayed until at least the middle of 2015, the iPhone 6S will be reported as the best smart phone on the market, and Apple Pay will start to dominate the payments market. Apple will boast that it will have more than X Billion in transaction in only Y amount of time. Apple stock will go above $150 because of its flawless execution with Apple Pay and Google/Android users will say, “We had that first with Google Wallet.”

Shadow Roldan, VP of IT Operations: One of the major broadcasters (ABC, CBS, NBC and Fox), in a panic about cord cutters and declining revenue, abandons over-the-air broadcasting and converts to a “pay only” model, offering it’s channels only to cable/satellite subscribers and direct Internet subscribers.

Troy Petersen, Marketing Lead: The Clapper gains a new level of appreciation — especially with the retro hipster community — because of its simplicity, while a flood of new (good and bad) Apple HomeKit devices start to hit the market.

Whitney Wilson, Design Engineer: We will see more camera/projector based interfaces similar to Cicret, Osmo, and Sprout. Devices that rely on a projected image with touch gestures or physical gestures and objects. Using projected images, our canvas can be any shape and size we want. Gestures can be more natural than using a mouse or keyboard at times. Think of Iron Man editing his suit in a 3D projected space. Having a projected image means no more screens to break!